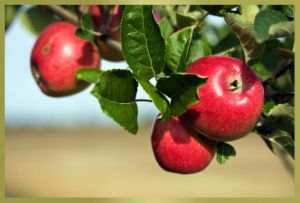 Theistic evolutionists claim that Genesis 1 and 2 cannot represent factual, historical accounts of creation, because they contain obvious differences, which are irreconcilable. From this it is argued that they are not intended to be read as historical documents. This is a very serious claim to make against the word of God, and it does not stand up to careful scrutiny. 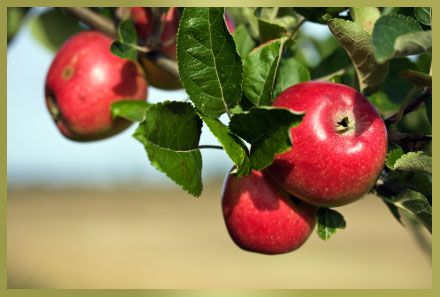 It is suggested that there are differences in literary style between Genesis 1 and Genesis 2 and that this indicates that the two accounts are different. We do not dispute the fact that there are indeed differences in style. Genesis 1 clearly reads as a sequential series of events, each creative day being clearly defined by the reference to “the evening and the morning” (Genesis 1:5,8,13,19,23,31). There is clearly more structure to the text than in Genesis 2.

Some scholars have gone as far as to suggest that Genesis 1 is poetically structured3, although others dispute this4, on the basis that the Hebrew lacks the requisite poetic markers. It is certainly true that the creation is spoken of in poetic terms in other parts of scripture:

All of these scriptures are clearly poetic in form, and use poetic structure, symbol and simile. But none such literacy devices are used in Genesis 1, and this suggests that Genesis 1 is not in fact poetry but history. The poetic style in the above later references is used to celebrate what was done historically according to Genesis 1. The truth is that, even if we do accept that Genesis 1 is structured in poetic form, this in no way proves that the text of Genesis 1 is depicting completely different events to those of Genesis 2, or that neither are accounts of real historical events. It does not give us liberty to dismiss Genesis 1 and 2 as historical narrative. There are plenty of examples of Biblical poetry which nevertheless relate to real historical events. For example:

“These are the generations of the heavens and of the earth when they were created, in the day that the LORD God made the earth and the heavens…” (Genesis 2:4). This verse is used to support the notion that the second creation story is about a single day of creation as opposed to the six day creation in Genesis chapter 1. But this idea has to be read into the text, and is dependent upon a hyper-literal reading of Genesis 2:4. In fact this is not the idea being conveyed

by the text at all. The phrase in the Hebrew is Mwyb “byom”, and it means literally “in (the) day”, in

the sense of “when”, as translated for example in the New International Version: “This is the account of the heavens and the earth when they were created. When the LORD God made the earth and the heavens…”. The phrase does not refer to a specific 24 hour period but to a more general period of time. We use the same device in English, when we say things like “back in the day when we didn’t have computers…”.

3 “The first thing to notice is that Genesis 1 is a poem. As evangelicals, we affirm that the Bible is the authoritative word of God. Therefore, we believe that the Bible is totally accurate. But that doesn’t mean that we take it all literally” David Swaim, https://biologos.org/blogs/archive/maker-of-heaven-and-earth-part-3

4 “We may at this point take issue with the claim commonly raised in our day that Genesis, as to its contents, as well as other older Biblical books falls in the category of poetry rather than history… We are utterly out of sympathy with such an attitude; for it does not conform to the facts of the case. Nothing in the book warrants such an approach. It is rather a straightforward, strictly historical account, rising, indeed, to heights of poetic beauty of expression in the Creation account, in the Flood story, in the record of Abraham’s sacrifice of Isaac, in Judah’s plea before Joseph, and the like. But the writer uses no more of figurative language than any gifted historian might, who merely adorns a strictly literal account with the ordinary run of current figures of speech, grammatical and rhetorical” Exposition of Genesis, H C Leupold, Introduction, pp 12,13.

Evidence of the use of the phrase in this way can be seen in other parts of the scriptures. In Numbers 7, for example, we read about the Levitical princes who made offerings on the day that

the tabernacle was sanctified: “And the princes offered for dedicating of the altar in the day (Mwyb)

that it was anointed, even the princes offered their offering before the altar.” (Numbers 7:10). The general phrase “in the day” here is not to be taken as a 24 hour period because the chapter continues to explain how the twelve princes made offerings over twelve consecutive days. The days  are numbered for emphasis, just as they are in Genesis 1:

Each of these twelve days constituted “the day when (the tabernacle) was anointed”, as verse 84 indicates: “This was the dedication of the altar, in the day (Mwyb) when it was anointed, by the

The same is true of Genesis 1 and 2. The individual days of creation in Genesis 1 are clearly to be understood as 24 hour periods, since they are qualified by reference to “the evening and the morning”. These six days are then all incorporated into the general summary statement of Genesis 2:4: “These are the generations of the heavens and of the earth when they were created, in the

day (Mwyb) that the LORD God made the earth and the heavens”.5

There are plenty of other examples of similar usage in the scriptures. For example, speaking of the restoration of the fortunes of Zion in the future Age, Micah speaks of “the day (Mwyb) that thy walls

are to be built, in that day shall the decree be far removed” (Micah 7:11). This clearly does not mean that Jerusalem’s walls will be rebuilt in one day, but rather “at the time when…”.

The creative record of Genesis 2 begins with the phrase, “These are the generations of the heavens and of the earth when they were created” (Genesis 2:4). Other translations convey the idea of a “record”, or an “account”: “This is the account of the heavens and the earth when they were created” (NIV). What follows in Genesis 2 is a further account of the creation as described in Genesis 1, when “God created the heaven and the earth” (Genesis 1:1). It is complimentary to Genesis 1, and it supplies further details which are presented in a thematic, rather than a chronological way.

One of the cornerstone arguments for suggesting that Genesis 1 is contradictory to Genesis 2 is the assertion that the order of creation in each chapter is different. Genesis 2 seems to present the creation of man before the creation of vegetation, and the formation of the beasts and the fowls appears to take place last. Genesis 1 presents the following order of things clearly labelled and set out for us:

5  For more information on this see “Genesis 1-2 – The Duration of Creation”, Peter Heavyside, Testimony,

Genesis 1 is an account of the grand scheme of creation, whilst in Genesis 2 the account focuses in and around the key details of the creation of man himself. A few key points might be worth noting on Genesis 2 at this stage.

The Hebrew in this section is difficult to render into English, but it appears that the record is explaining the conditions that prevailed before God’s creative work on earth began. The table below summarises this.

At this point we are introduced to man. He has been introduced in the context of the role he was created for – to “till the ground”, and to help to propagate the earth with plant life. Further detail on this is outlined in the next section.

This section defines the specific conditions of man’s first surroundings and his environment. There is a description of the garden God creates in Eden. The account simply tells us that man is placed in Eden for the specific reason already outlined in verse 5 – to “till the ground”, or to “dress it” – note that in the Hebrew the word “till” in verse 5 is the same as the word “dress” in verse 15. Verses 16-17 contain the command of God to not eat of the tree of life. All of this is further detail of the situation of man from the sixth day of creation, described in Genesis 1. The details provided in Genesis 1 and 2 in this regard are easily harmonised.

The proponents of the idea that there are contradictions sometimes point out that Genesis 2:9 describes the creation of plant-life, which appears to take place after the creation of man in Genesis 2:7. This is the reverse of Genesis 1, where vegetation is created on day 3, and man is not created until day 6. The solution to this is to read Genesis 2:9 in its context, and to appreciate that this is clearly a description of the specific plant-life in the garden of Eden, not plant life as a whole: “And the LORD God planted a garden eastward in Eden… and out of the ground made the LORD God to grow every tree that is pleasant to the sight, and good for

food” (Genesis 2:8,9). That this is the case becomes beyond doubt from the second part of verse 9, which gives us the key information regarding the two special trees that were located specifically in the garden of Eden: “The tree of life also in the midst of the garden, and the tree of knowledge of good and evil”.

This next section provides us with further information regarding man’s responsibilities and situation. The Lord God declares in v18 that “it is not good that the man should be alone”. The beasts and the fowls are brought before Adam to see what he would call them (v19), but there was no help found for him. Because of this Eve was created from Adam’s rib, and this is described in verses 21-22.

In this section the critics cite two main reasons for doubting the literality of the record:

them” (Genesis 2:19). The solution to this is to note that it is just as valid linguistically to render Genesis 2:19 with the pluperfect “had formed”, referring to what God had already done, prior to the formation of Adam from the dust of the ground. Rotherham renders this verse thus: “Now Yahweh God had formed from the ground every living thing of the field, and every bird of the heavens, which he brought in unto the man, that he might see what he should call it”. The NIV is similar: “Now the LORD God had formed out of the ground all the beasts of the field and all the birds of the air. He brought them to the man to see what he would name them”.

demand the meaning that all the animals were brought to Adam6. It would have been sufficient for Adam to encounter all the creatures dwelling in the garden or some select representative animals that God determined to bring to him to demonstrate to him that there was no companion with whom he could enjoy fellowship78. It is also noteworthy that in any case the record only mentions the “cattle”, the “fowl of the air” and the “beasts of the field”. There is no mention of  “creeping things” or “fish of the sea” (Genesis 1:24,26).

The chapter concludes with a description of the creation of Eve as a help meet for Adam. As we have pointed out, this can be read in perfect harmony with the events of Day six in Genesis 1.