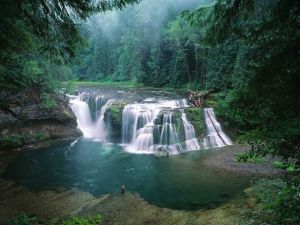 Over 1,900 years ago, the Lord Jesus revealed one of the signs of our times by stating what will be his challenge to the nations when he calls upon them to accept to accept his position as Israel’s new King. This challenge follows on from the great destruction of Israel’s enemies on the mountains of Israel at the Battle of Armageddon. The Jews left in their land will have accepted their deliverer as their Messiah, and there unfolds a great work to bring the scattered Jews back to their homeland and to recognise their Messiah. In parallel will be the great work for the saints to bring the nations into submission to Christ’s rule. The message has been clearly set out.

And I saw another angel fly in the midst of heaven, having the everlasting gospel to preach unto them that dwell on the earth, and to every nation, and kindred, and tongue, and people,

Saying with a loud voice, Fear God, and give glory to him; for the hour of his judgment is come: and worship him that made heaven, and earth, and the sea, and the fountains of waters. Rev 14:6,7 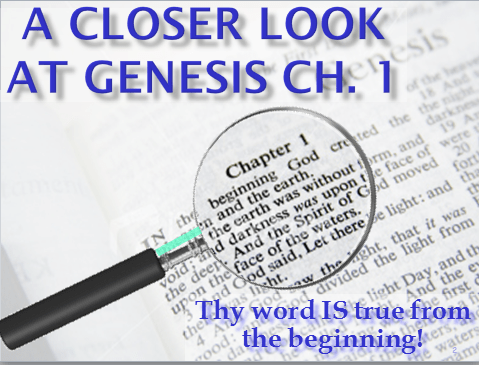 Although we generally see the Book of Revelation as a book of symbol, this is a command to the mortal population and so must be taken literally. What a marvellously apt challenge to today’s world! So we are not surprised when we find we live in an age when these sentiments are laughed out of court. A God?! A God who is going to bring punishments?! A God who made everything?! Yet it is the gospel, the good news because it is the truth, and those who oppose these things are going to experience God’s judgments, because of their refusal to accept the truth of these words. We saw what has happened to God’s people because they – in the main – refused to acknowledge the claims of His son. So it is not altogether surprising when the prophets and the Lord Jesus in this book, speak of the severity of God’s wrath which the nations will experience, until they are driven to acknowledge the Truth of these words. When they do, then they will experience the blessings that we have now, of being able to praise the One who not only brought this wonderful world into being but daily sustains it. They will enjoy the bounties that will flow when peoples work in harmony with nature and not exploiting it. Caring for creation, not destroying it.

So when you hear yet again, “Now billions of years ago … ” and your heart sinks at this folly, just think that sadly this is what scripture tells us to expect would be the false teaching of man in these latter-days. It is one more sign that we do live at the time of the end; the time when man’s control over the earth will be superseded by the Lord Jesus’ control. Many will be the blessings for the mortal population in the Kingdom age.

So what we want to do is just to remind ourselves of that time when God did indeed make the heaven, earth, sea and waters. This is not a scientific treatise, but a reminder of just what great sense the words of Genesis ch 1make and how rational and reasonable they are as befits this Divine revelation of what God did. Man was not there to see it; Adam was only there from the latter half of the 6th day. The trees, the birds, the animals, the hills and the valleys, were already there. Nor did Adam see Eve being fashioned; he had been anaesthetized by the great creating Elohim, entrusted with this work of forming a bride for Adam. So if we choose to disregard this God-given record of what He did, then we are left to human speculation and we know how shifty that is in this field.

The constant admission of the evolutionist is that we really have no idea. What was taught a few years ago becomes rapidly old hat, as new “discoveries” overturn previous thinking. The whole field of dating is being overturned as they discover things don’t slot together on their imagined timeline. The increasingly understanding of the complexity of life makes belief in evolution as the explanation for life, staggeringly faith-based. The Wall Street Journal 25-Dec-14 ran the headline Science Increasingly Makes the Case for God. The article written by Mr Metaxas showed the incredible odds stacked against evolution.

As our knowledge of the universe increased, it became clear that there were far more factors necessary for life than Sagan supposed. His two parameters grew to 10 and then 20 and then 50, and so the number of potentially life-supporting planets decreased accordingly. The number dropped to a few thousand planets and kept on plummeting.

Even SETI proponents acknowledged the problem. Peter Schenkel wrote in a 2006 piece for Skeptical Inquirer magazine: “In light of new findings and insights, it seems appropriate to put excessive euphoria to rest . . . . We should quietly admit that the early estimates . . . may no longer be tenable.”

As factors continued to be discovered, the number of possible planets hit zero, and kept going. In other words, the odds turned against any planet in the universe supporting life, including this one. Probability said that even we shouldn’t be here.

Today there are more than 200 known parameters necessary for a planet to support life—every single one of which must be perfectly met, or the whole thing falls apart. Without a massive planet like Jupiter nearby, whose gravity will draw away asteroids, a thousand times as many would hit Earth’s surface. The odds against life in the universe are simply astonishing.

Yet here we are, not only existing, but talking about existing. What can account for it? Can every one of those many parameters have been perfect by accident? At what point is it fair to admit that science suggests that we cannot be the result of random forces? Doesn’t assuming that an intelligence created these perfect conditions require far less faith than believing that a life-sustaining Earth just happened to beat the inconceivable odds to come into being?

There’s more. The fine-tuning necessary for life to exist on a planet is nothing compared with the fine-tuning required for the universe to exist at all. . . . . The odds against the universe existing are so heart-stoppingly astronomical that the notion that it all “just happened” defies common sense. It would be like tossing a coin and having it come up heads 10 quintillion times in a row. Really?

Fred Hoyle, the astronomer who coined the term “big bang,” said that his atheism was “greatly shaken” at these developments. He later wrote that “a common-sense interpretation of the facts suggests that a super-intellect has monkeyed with the physics, as well as with chemistry and biology . . . . The numbers one calculates from the facts seem to me so overwhelming as to put this conclusion almost beyond question.”

Theoretical physicist Paul Davies has said that “the appearance of design is overwhelming” and Oxford professor Dr. John Lennox has said “the more we get to know about our universe, the more the hypothesis that there is a Creator . . . gains in credibility as the best explanation of why we are here.”

It is not the aim of this article to look at the problems of evolutionary dating of the earth’s age; that would be the basis of a separate article. I will however drop in occasional items against evolutionary thinking.