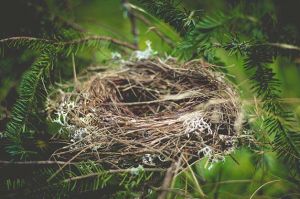 “The trees of the LORD are full of sap, the cedars of Lebanon which He planted, where the birds make their nests; the stork has her home in the fir trees” (Ps.04:16,17, NKJV).

AS WORSHIPPERS of the living God, it seems only right that we should appreciate the beauties and wonders of His Creation around us. In particular, many of us derive great pleasure from observing birds, whether the common varieties that visit our gardens or the less familiar species found in the countryside,
in the mountains or by the sea. It is clear that this fascination was shared by some of the inspired writers of the Scriptures, including the psalmist quoted above, and especially Jeremiah, whose prophecy contains at least eighteen references
to birds.1 “The birds of the air have nests”

The Lord Jesus, too, drew some of his lessons from the birds and their behaviour, including their building of nests: “The foxes have holes, and the birds of the air have nests; but the Son of man hath not where to lay his head” (Mt. 8:20;Lk. 9:58). There are several references to nests in Scripture, including the prohibition in the Law against taking both a mother bird and her eggs or young from the nest for food (Deut. 22:6). 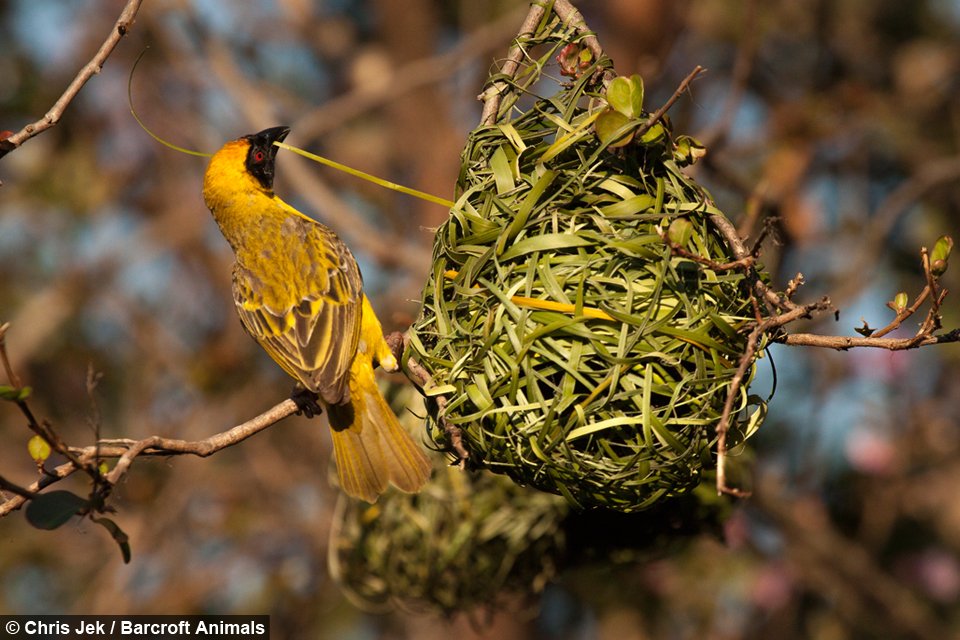 Perhaps we give little consideration to the materials that birds utilise in their nest construction.
It might be thought that any types of twigs and leaves would do. Recent research2
has been revealing, however, that birds deserve the title of nature’s apothecaries, and that many species actually fumigate their nests with specific plants in order to protect their offspring and assist in their survival. Birds’ plumage offers an attractive environment to a wide variety of microbes and blood-sucking parasites, which can take refuge in the nest and infect the vulnerable chicks when they hatch. Defences against such organisms are therefore vital.
It has been known for a long time that birds add fresh green foliage to their nests, and there have been competing theories to explain this behaviour, which is observed in all types of habitat, from rainforest to desert climates. One researcher, Peter Wimberger of the University of Puget Sound, Washington State, in the USA, noticed that birds of prey replenished the greenery in their nests at specific times, just when their eggs were incubating and soon after hatching. 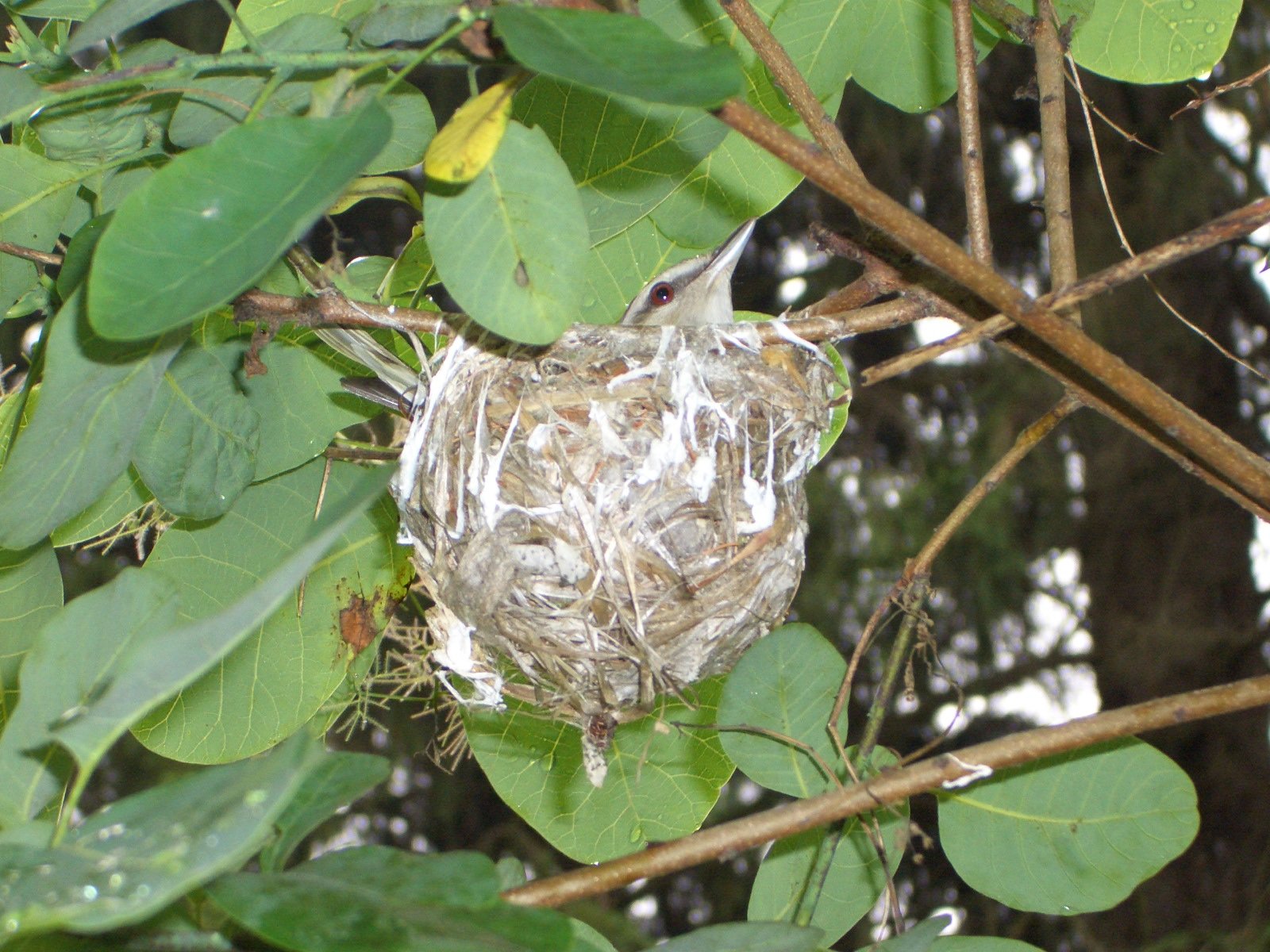 He wondered whether the parent birds were making use of the volatile chemicals emitted by many types of plant leaf to combat dangerous organisms. He reasoned that this type of behaviour would be more likely in species which reused
nests from the previous year than in those that built a fresh nest each year.
A survey of forty-nine species of birds of prey revealed that nearly eighty percent of nest reusers, such as the bald eagle and common buzzard, added fresh green leaves to their nests. In contrast, of birds building new nests each year,
such as the tawny owl, barely forty percent used green leaves at all. Further research has revealed a similar pattern in songbirds. Scientists in India have found that house sparrows furnish their nests throughout the breeding season with the leaves of the margosa or neem tree. These contain a chemical called sitosterol, a naturally occurring insect repellent which also disrupts the egg-laying of ticks and other parasites. Other scientists have studied European starlings, which reuse their nests and refresh them each spring with fresh leaves. Some researchers
believe that this behaviour forms part of the courtship display, but it has been found that the preferred leaves come, not necessarily from common species, but from plants which have higher concentrations of chemical compounds that provide a defence against ticks, mites and lice.

Protecting the feathers
Birds depend upon the marvellous design of their feathers to provide both lift for flight and insulation from cold and heat. However, as mentioned above, bird plumage harbours a diverse community of bacteria and fungi. Experiments have
shown that chicken feathers in test tubes inoculated with bacteria from wild bird feathers rapidly fall to pieces, as bacterial enzymes attack
the keratin from which they are made. Clearly, these organisms present a major challenge to birds’ survival, and birds adopt a range of strategies
to combat them. Thus it is believed that preening, dust-bathing, sunning and possibly annual moulting may all play a part in maintaining
healthy plumage.
Even more unusual activities have been observed.
Birds often pick up and groom their feathers
with ants, which are known to secrete natural
antibiotics, while others have been seen using
millipedes, marigold leaves, gardeners’ mothballs
and discarded pieces of citrus fruit, all of
which contain known antibacterial agents. It thus
seems that birds possess an uncanny ability to
detect and use a wide variety of naturally occurring
chemicals in order to protect themselves
and their young. How do birds ‘know’?

The most interesting question is how birds came to have or to acquire this ability. How can a bird know that the chemicals produced by certain
leaves will repel invading pests and so choose the right ones to protect its young? Evolutionists must attribute it to random, chance mutations bringing about genes which supposedly code for this behaviour and so provide a selective
advantage. But this is simply wishful thinking, with no supporting evidence. Clearly, before this ability ‘evolved’, many birds would have been
perilously defenceless against the onslaught of such organisms.
Rather, as the Scriptures make clear, it is God Who has given all creatures their attributes and ‘programmed’ their behaviour. Thus, in His answer
to Job, the Almighty shows that the failure of the ostrich to make a nest at all is “because God hath deprived her of wisdom, neither hath He imparted to her understanding” (Job 39:13- 17). On the other hand, the hawk, with its soaring
flight, and the eagle, with its lofty nest and amazing powers of sight, by implication, fly by God’s wisdom (vv. 26-30).

All creatures in the living world, including ourselves, are subject to attack by agencies of disease and decay: “For we know that the whole creation groaneth and travaileth in pain together until now” (Rom. 8:22). At the same time the
Creator has provided a careful balance in the form of an amazing range of defence mechanisms to ensure survival, as in the case of birds’ use of chemicals. In all these things we can see the unmistakable signs of the finger of God and of His supreme wisdom, giving us confidence in the future, when “the creation itself also will be
delivered from the bondage of corruption into the glorious liberty of the children of God” (v.21, NKJV).