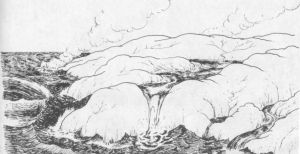 And God said, Let the waters under the heaven be gathered together unto one place, and let the dry land appear: and it was so.

And God called the dry land Earth; and the gathering together of the waters called he Seas: and God saw that it was good. 1:9-10

Again awe-inspiring power is being used. There are a couple of scriptures which shed light upon this action. 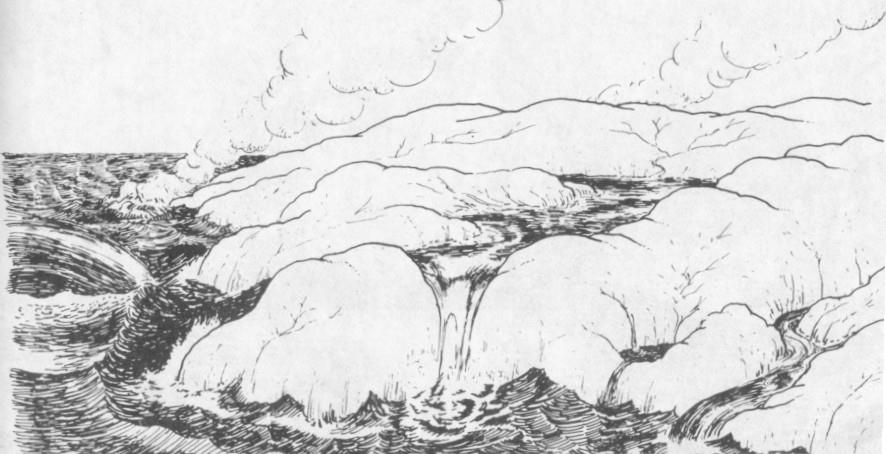 For this they willingly are ignorant of, that by the word of God the heavens were of old, and the earth standing out of the water and in the water: 2 Pet. 3:5

This seems to convey the idea of the land masses being pushed upwards (standing, rising). By possibly volcanic type action, with pressure raising land masses at the same time dropping of the sea-beds, would not only give rise to dry land and seas, but the soft surface of the earth would be carved into valleys as the water sought its way to the sea-level.

The other passage is from the Psalms which speaks of a two way movement of the waters.

Who laid the foundations of the earth, that it should not be removed for ever.

Thou coveredst it with the deep as with a garment: the waters stood above the mountains.

At thy rebuke they fled; at the voice of thy thunder they hasted away.

They go up by the mountains; they go down by the valleys unto the place which thou hast founded for them.

Thou hast set a bound that they may not pass over; that they turn not again to cover the earth. Psa. 104:5-9 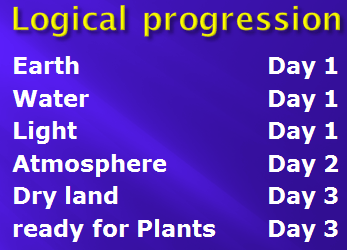 At the end of this process God declared that it was good. v10. The stage had been set as it were, to be clothed. The earth was no longer without form, it was still void, empty, but it is now ready to be filled. This was the work of the rest of the day. The earth would be warm, wet and soft and ready to be transformed!