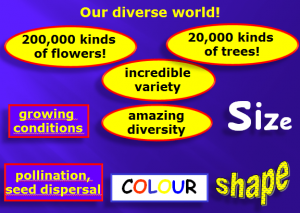 This is one of evolution’s biggest stumbling blocks! How does a humble grass turn into a vine or an oak? Of course it can’t, because God set boundaries so that they only bring forth after their kind.  What chaos there would be if this wasn’t the case and the row of carrots you had sown came up as beetroot! (Yes it does happen, it’s called mislabelling, but you should have spotted the seeds were so different!) What God has locked into the genic pool of each kind is an amazing ability to have variety, within the limits of that kind. So through breeding we have over 160 different species of Sweet Peas (genus Lathyrus). They are all Sweet Peas and will never become Marigolds. They have all been bred in the last 300 years. 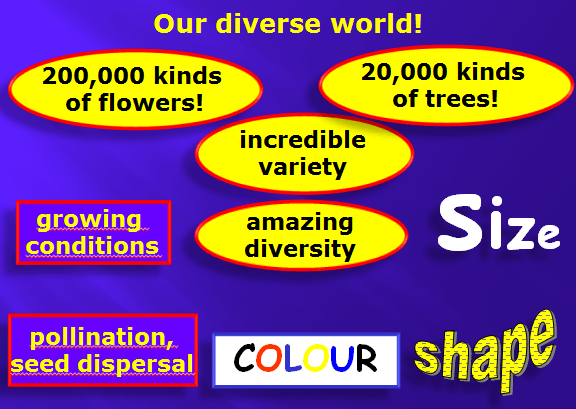 So how do we define the Biblical kind, Heb. mîn? The Bible makes it clear that is a division according to ability to breed. So it is the pool of plants/animals which can successfully interbreed, what we today would term biological species.

There is a another term, biological species, which means a population of organisms that can interbreed to produce fertile offspring, but that cannot so breed with other biological species. Each biblical kind would therefore have originally been a distinct biological species. But creationists point out that the biblical ‘kind’ is often larger than one oftoday’s ‘species’. J. Sarfati The Genesis Account

At the end of Day third we had nearly everything prepared for the creation of man. Nearly, but not quite! We have an empty sea, but we have a verdant earth covered with vegetation. God beheld it and it was good.