Prophecy News Update: Cracks appearing in NATO! Is it to be dissolved? -Something needs to change. Video Post Bible in the News 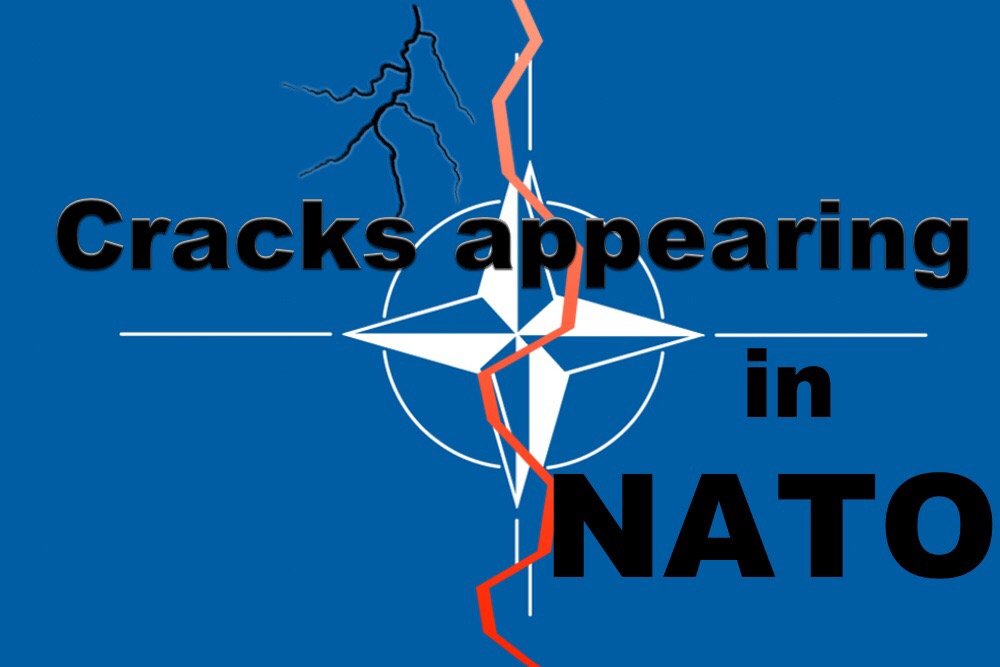 Relationships are at an all time low between Russia and NATO. The members of NATO themselves do not seem to be overly convinced by their union. Cracks are appearing in the NATO alliance as we would expect from Bible prophecy.

Hello, this is Matt Davies joining you for Bible in the News.

The State of the Nations before Christ’s return

In the Bible in the news we often discuss the wonder of Bible prophecies which relate to the state of the nations before the return of the Lord Jesus Christ to the earth. We consider these prophecies and look for evidence of the hand of God in world affairs.

We turn to prophecies such as Daniel 2, Daniel 11, Zechariah 12-14., Ezekiel 38, Joel 3 and Revelation 16. We see how these prophecies all give us different aspects of the same story.    They depict a unification of the Kingdoms of Men, an alliance of Russian, European, North African and Far Eastern countries – all of whom will come down upon the “mountains of Israel” after the Jews have been regathered to their land.

Something needs to change

We look up from our Bibles and glance at the political landscape around us. Although we do see many encouraging things coming to pass as the prophecies have predicted, there is currently one major thing which needs to change.

Currently, we have Russia and the territories of Europe very much in a stand off against each other in the situation in Eastern Europe. They are not on the same side.

This situation has been brought about by the Russian aggression in Eastern Ukraine. Back in 2014, in a bid to ensure that the Ukraine looked East and not West, Russia made several military incursions into the Ukraine after it famously annexed Crimea. This aggression has been resisted by the Ukraine and its European supporters.

At the moment, the situation is in a stalemate. Ukraine is part of the North Atlantic Treaty Organization (NATO). Members of this organisation include America, the UK, Turkey and most European countries such as Germany and France. Russia is not a member. They have a pact to defend each other. Should one country be attacked all other NATO countries would defend that one invaded country. NATO troops have been sent to Eastern Europe to deter a full blown Russian takeover. This has been called “Operation Reassurance”.

On the 24th of April, Sputnik ran an article entitled “Russia-NATO Ties at ‘Lowest’ Point Since End of Cold War – Russian General Staff.”

On the 18th of May, the Mail ran an article entitled “Russia strengthens its Baltic forces with additional warships and fighter jets in bid to out-gun NATO.”

What will change to bring about the picture the inspired prophets have painted in the Bible? A picture which would indicate that the military and political policies of Europe would be aligned to, and become under the leadership of, a Russian autocrat termed in the prophecies Gog. A leader who, it seems, unites both East and West under his influence.

Such a picture could surely come to pass very swiftly as current events indicate.

NATO to be dissolved?

The United States of America is currently the largest military power and it is a major player in NATO. However in his presidential campaign, now American President, Donald Trump stated that NATO was “obsolete”.

On May 18th the Economic Times reported:
“Donald Trump does not have much patience for “lip service” and would pull out of NATO if its member countries do not make major efforts in combating terrorism and fulfil their financial commitment. He (Trump) is at a place now he would like to stay in NATO. But he also is not going to stay in NATO if it doesn’t make a lot more progress much quicker,” a senior Trump administration official said yesterday, ahead of the NATO Summit in Brussels next week. “

So the USA is prepared to pull out of NATO if they feel the other countries are not making the same financial contributions as they are. There are massive cracks in the Nato alliance.

Back in February the Independent ran a report entitled “EU leaders defiant over US pressure to increase Nato defence budgets”.

The article went on to state:

“Donald Trump’s defence secretary James Mattis says US could ‘moderate its commitment’ if other members do not pay fair share…
…German Chancellor Angela Merkel has ruled out increasing Nato defence spending less than a week after the Trump administration issued an ultimatum to members. Ms Merkel said Germany would honour its long-standing commitment to increase defence budgets by 2024 but would not accelerate its plans. It came as European Commission President Jean-Claude Juncker urged Europe’s leaders to resist US pressure to increase European defence spending.”

Donald Trump will shortly be starting a tour where he will attend a NATO summit in Brussels over the coming days. The tour will also see him visit Israel and the Southern Gulf States and we will watch this with great interest on Bible in the News.

The idea of dissolving NATO is not only on the lips of the American President. In Germany earlier this year politicians are also flirting with this idea.

“A military security system, which would include Russia, should be set up instead of NATO, Sahra Wagenknecht, leader of the German Left party said in an interview, echoing Trump’s recent statements on NATO. NATO must be dissolved and replaced by a collective security system including Russia,” Wagenknecht told Germany’s Funke media group on Tuesday. NATO has received its fair share of criticism in the German media following US President-elect Donald Trump’s recent interview published by Bild, in which he called NATO an “obsolete” organization.”

We cannot tell if the dissolving of NATO is a part of God’s plan at this moment in time or not. However what we can say is that the picture given to us in Ezekiel 38 would indeed indicate that the European nations (termed in the prophecy “Magog and Gomer”) will be aligned with Russia (the “Rosh, Meshech and Tubal” of the prophecy). In the great crisis which will unfold these nations will not be with the American and UK “Tarshish” nations. Therefore it seems NATO will indeed need to change. We would expect America and the UK to distance themselves from the Europeans and the Europeans will need to draw closer to the Russians.

So, we watch events unfold then with interest knowing that God is at work in the Kingdoms of men and knowing that the Lord Jesus Christ is coming first to conduct the resurrection and judgment before he, and his immortalised saints, appear on the world scene.

Therefore we could only be a heartbeat away from the return of the Lord Jesus Christ. We are witnessing the final events of the time of the gentiles before his return to reign in peace from Jerusalem.

Soon the inspired words of the Psalmist will come to pass where we read:

“All the kings of the earth shall praise thee, O Yahweh, when they hear the words of thy mouth. Yea, they shall sing in the ways of Yahweh: for great is the glory of Yahweh”. Psalm 138:4-5

Keep listening and watching with us. This has been Matt Davies joining you. Join us again next week for another Bible in the News.