Bible in the News – Tarshish & her chiefest Lion! 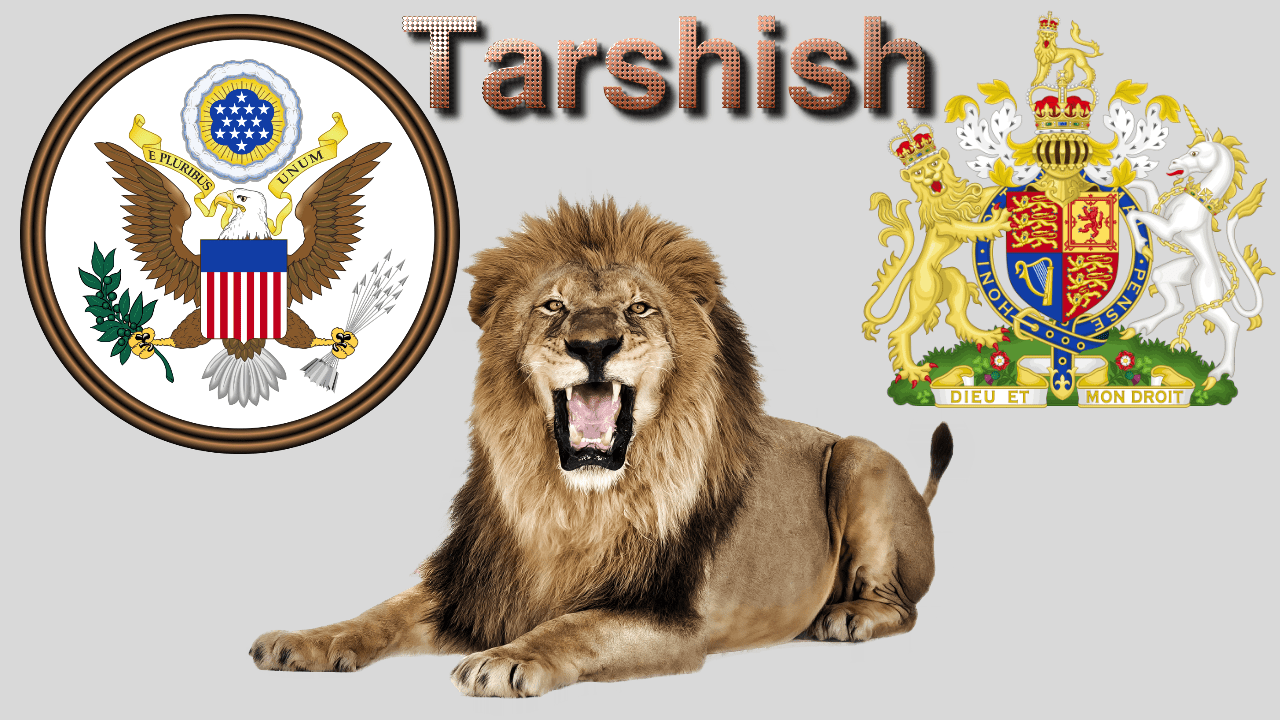 This week, American President, Donald Trump has been visiting the UK. We examine some of the highlights of the visit in the context of Bible Prophecy.

Ezekiel 38 is a prophecy set just before Jesus re-establishes God’s Kingdom on the earth. It is a time in the Bible called “the latter days”. The prophecy tells us that this is the time that the people of Israel will have returned to their land – a sign we have been witnessing being fulfilled after the events of World War 2 and since the declaration of the independence of the state of Israel in 1948.

In the prophecy two sets of nations are described, one set are involved in an all out attack of Israel which is stopped by divine intervention. Whilst this invasion is taking place we read in verse 13 of another set of nations named Shebah, Dedan and the Merchants of Tarshish emerge to verbally question the invading forces.

This prophecy gives us a glimpse of the future. The destiny of the nations seen through the eye of prophecy.

Shebah and Dedan are well documented as being peoples in the area of the Gulf states.

Tarshish is harder to pin down. There are a number of clues in the Bible though that we can put together which helps us to identify who Tarshish is:

The only modern power that fits these characteristics is the British power.

The area of controversy

For this weeks Bible in the news we want to focus in on the last point mentioned above. The clue is gleaned from Ezekiel 38:13 which states:

“Sheba, and Dedan, and the merchants of Tarshish, with all the young lions thereof, shall say unto thee, Art thou come to take a spoil? hast thou gathered thy company to take a prey? to carry away silver and gold, to take away cattle and goods, to take a great spoil?” Ezekiel 38:13

This verse indicates that these nations are in the same area affected by the invasion of the other set of nations – because the question that is asked is “Art though come?”. In other words when asking this question they are near the area of the invasion.

This would make sense for Shebah and Dedan because these are Gulf Arab peoples and so we could see how they could ask that question. From Daniel 11 we know that the Northern invader will go through Israel right down into Egypt.

The first part of this seems pretty straight forward to understand. It’s the traders and businesses of Tarshish who are in the vicinity of the invasion. It would appear they are doing business in this area probably with the Gulf States.

But what about the enigmatic phrase “the young lions” of Tarshish? Are we to understand this as literal lions? We think not.

In Ezekiel 19 we read that the prophet had used this term in relation to another prophecy. It is a symbolic story about Jehoiakim. We read in verse 1: “Moreover take thou up a lamentation for the princes of Israel, And say, What is thy mother? A lioness: she lay down among lions, she nourished her whelps among young lions.  And she brought up one of her whelps: it became a young lion, and it learned to catch the prey; it devoured men.”

In nature, Lion’s go through this process. They are born, grow as whelps as part of the pride. However, when they learn to hunt and make their own kills the males will leave the pride as independent beasts to roam their own territories.

So in this prophecy against the princes of Israel at the time of Ezekiel (around 600BC) the nation is described as being a Mother Lion. She brought up whelps or baby lions which were the rulers of Israel. One of these Lions became a “young lion” and “learned to catch the prey”. In other words, he became independent of their mother and began to make war against nations around him.

In Ezekiel 38 we have the context of nations. These ‘young lions’ are from the mother lion of Tarshish. We can, therefore, conclude that these are independent political offspring of Tarshish. They were part of her pride but now roam their own territories as independent powers in their own right capable of catching their own prey. 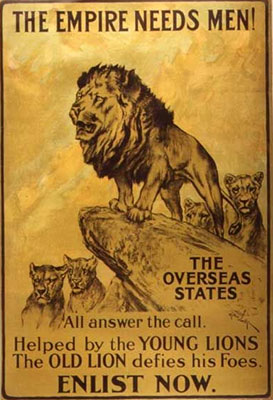 Therefore if Britain is the Tarshish of the Bible, (and we know of no other nation that can fit the Biblical clues) then it is interesting to consider who her young lions might be.

It can be said therefore that America is an independent offspring of Great Britain and as such answers to one of the Young Lions of Ezekiel 38:13.

Donald Trump’s visit to the UK

This week, American President Donald Trump completed a three-day state visit to the UK. The current situation in Britain sees the nation absorbed by Brexit and becoming independent of the EU – a requirement for the prophecy of Ezekiel 38 to play out. The invading nations contain European peoples and so it is exciting to see the detachment of Britain from the EU as another sign of the times.

The exit from the EU though has been tumultuous and has led to gridlock in Parliament as MPs cannot agree on how to proceed with accepting a deal with the EU or to leave with no deal. Currently, the deadline has been set to the 31st of October for the Uk to decide what it wants. In the wake of failing to deliver Brexit, Teresa May has stated she will stand down and so the Conservative Party are currently in the process of a leadership contest for the next Prime Minister.

Before Donald Trump came to the UK, Sky News ran an article entitled “Donald Trump looking forward to ‘fully independent Britain’, says US national security adviser John Bolton” dated 31st May 2019. In it it states: “Donald Trump is looking forward to negotiating with a “fully independent Britain” after Brexit, according to his national security adviser. John Bolton said the US president had been a supporter of Brexit and hoped to do a trade deal with the UK soon. Mr Bolton told Sky News: “President Trump has made it clear that he looks forward to a day the US and the UK can negotiate a bilateral agreement that will be beneficial to both countries and see the will of the people carried out.“. 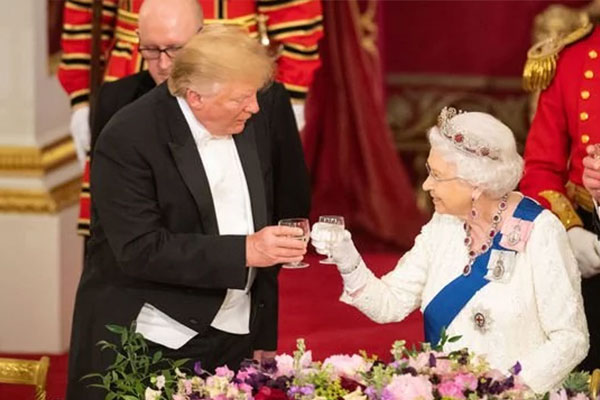 Donald Trump on his state visit to the UK and the Queen.
Source: Express Credit: Dominic Lipinski/Press Association

It is interesting to consider some of the key highlights as reported by the BBC on Tuesday the 4th of June as follows:

“On Monday, Mr Trump was welcomed by the Queen and had lunch at Buckingham Palace with senior royals. He also visited Westminster Abbey and had tea at Clarence House with the Prince of Wales and the Duchess of Cornwall. He attended a state banquet at Buckingham Palace in the evening, during which Mr Trump praised the “eternal friendship” between the UK and US. The Queen said the countries were celebrating an alliance which had ensured the “safety and prosperity of both our peoples for decades”….

US President Donald Trump has said the US and UK have the “greatest alliance the world has ever known”. In a news conference with Theresa May, he promised a “phenomenal” trade deal after the UK leaves the European Union, but added that “everything is on the table” – including the NHS. Mrs May said the scope of trade talks had to be agreed by both countries.“

Other outlets also reported similar news. The Express ran an article entitled “Trump UK visit: President promises ‘big trade deal’ after we break free from EU shackles”. The article dated 4th June went on to state “DONALD TRUMP held out the offer of a “big trade deal” with Britain yesterday, once the UK has broken free of its European Union “shackles”. The US president, beginning a three-day state visit culminating in the 75th anniversary of D-Day, will hold talks with Prime Minister Theresa May and UK business leaders today.”

We can, therefore, see that events are indeed falling into place as Bible prophecy has set out in the Holy word of God. The voice of the prophets, although largely ignored speak to those of us who believe in the coming Kingdom of God. They encourage us and uplift us as we await the return of Zion’s king.

These are sure signs that soon the Lord Jesus Christ will be here. The tragic events of Ezekiel 38 will unfold and the crisis will explode onto the world stage. In its wake the Kingdom will be established bringing in the time described in Isaiah 2 – also a prophecy of the “latter days”:

And it shall come to pass in the last days, that the mountain of the LORD’S house shall be established in the top of the mountains, and shall be exalted above the hills; and all nations shall flow unto it. And many people shall go and say, Come ye, and let us go up to the mountain of the LORD, to the house of the God of Jacob; and he will teach us of his ways, and we will walk in his paths: for out of Zion shall go forth the law, and the word of the LORD from Jerusalem. (Isaiah 2:2-3)

So we watch and patiently wait knowing that God is in supreme control of all things and His purpose will soon be done.

This has been Matt Davies joining you. Come back again next week for another Bible In The News.