Bible Q&A: What is it? – What does the Bible actually say? 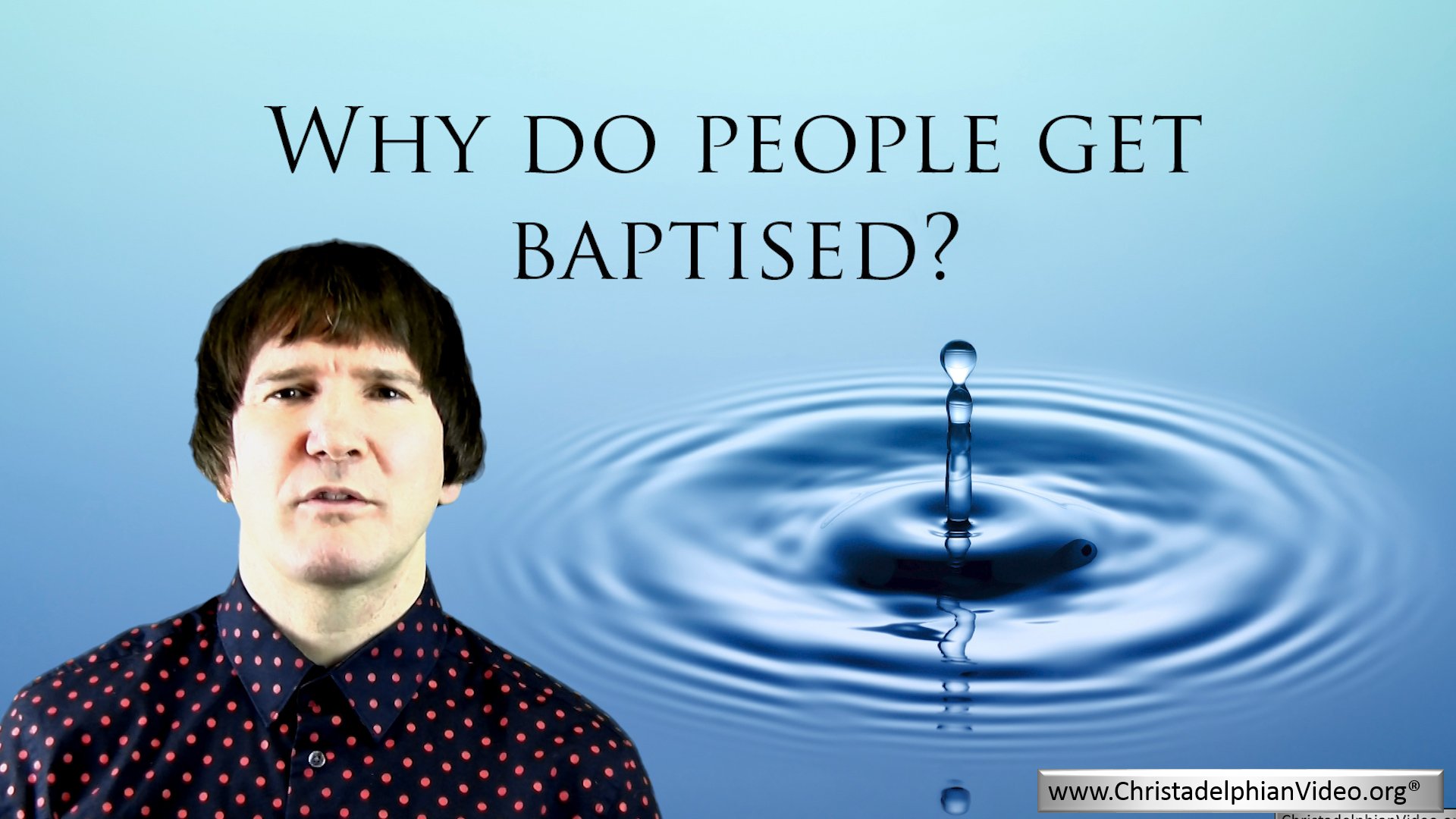 It is a symbol of a commitment that you have made to follow God, that you believe in his son Jesus and that you understand the promises within the Bible. You understand the Bible message, which God has given to all of mankind. It is a very serious commitment, it’s like getting married. A permanent promise. It is a big deal. Acts ch 2 ver 36-38. Therefore let all the house of Israel know assuredly that God has made this Jesus, whom you crucified, both Lord and Christ. Now when they heard this, they were cut to the heart, and said to Peter and the rest of the apostles, “Men and brethren, what shall we do?”

Then Peter said to them, “Repent, and let every one of you be baptized in the name of Jesus Christ for the remission of sins; and you shall receive the gift of the Holy Spirit. Baptism is complete immersion in water so your entire body goes under the water. The Apostle Phillip runs alongside a chariot and meet a man reading the bible and not understanding. what he was reading. Phillip explained the gospel message to him. The Man then wishes to be baptised. Act ch 8 ver 38-39. So he commanded the chariot to stand still. And both Philip and the eunuch went down into the water, and he baptized him. Now when they came up out of the water, the Spirit of the Lord caught Philip away, so that the eunuch saw him no more; and he went on his way rejoicing. Baptism is a symbol of the death of yourself, your old life and the start of a new one. You have become a new creation. 2 Corinthians Ch 5 ver 14-17. For the love of Christ compels us, because we judge thus: that if One died for all, then all died; and He died for all, that those who live should live no longer for themselves, but for Him who died for them and rose again. Therefore, from now on, we regard no one according to the flesh. Even though we have known Christ according to the flesh, yet now we know Him thus no longer. Therefore, if anyone is in Christ, he is a new creation; old things have passed away; behold, all things have become new. . And also Romans ch 6 ver 3-5. Or do you not know that as many of us as were baptized into Christ Jesus were baptized into His death? Therefore we were buried with Him through baptism into death, that just as Christ was raised from the dead by the glory of the Father, even so we also should walk in newness of life. For if we have been united together in the likeness of His death, certainly we also shall be in the likeness of His resurrection, You are connected to Jesus’ life and also his death but more importantly his resurrection. Going under the water is like a death and coming out of it, a resurrection. All the promises that God gave to Jesus and the children of Israel now also apply to you too! You are one of God’s chosen people. Galatians ch 3 ver 26-29. For you are all sons of God through faith in Christ Jesus. For as many of you as were baptized into Christ have put on Christ. There is neither Jew nor Greek, there is neither slave nor free, there is neither male nor female; for you are all one in Christ Jesus. And if you are Christ’s, then you are Abraham’s seed, and heirs according to the promise. So why should you get baptised? You should think about it because Jesus himself was baptised by his cousin John the Baptist. Matthew ch 3 ver 13-17. Then Jesus came from Galilee to John at the Jordan to be baptized by him. And John tried to prevent Him, saying, “I need to be baptized by You, and are You coming to me?” But Jesus answered and said to him, “Permit it to be so now, for thus it is fitting for us to fulfill all righteousness.”

Then he allowed Him. When He had been baptized, Jesus came up immediately from the water; and behold, the heavens were opened to Him, and He saw the Spirit of God descending like a dove and alighting upon Him. And suddenly a voice came from heaven, saying, “This is My beloved Son, in whom I am well pleased.” It is a big commitment and is not something that should be done lightly, your decision to be baptised can only happen when you fully understand the bible teachings, all that a Christian life entails. Baptism is the start of a life in Christ and a journey towards his kingdom here on earth. Jesus will return to the earth and call all those who are baptised even, if they are dead. In the bible this is sometimes referred to as asleep as then God will raise them to life. 1 Thessalonians 4v14-18. For if we believe that Jesus died and rose again, even so God will bring with Him those who sleep in Jesus. For this we say to you by the word of the Lord, that we who are alive and remain until the coming of the Lord will by no means precede those who are asleep. For the Lord Himself will descend from heaven with a shout, with the voice of an archangel, and with the trumpet of God. And the dead in Christ will rise first. Then we who are alive and remain shall be caught up together with them in the clouds to meet the Lord in the air. And thus we shall always be with the Lord.

Watch in Full HD below – Click Image to play…