Daily Readings & Thought for August 9th. “ZION FOR WHOM NO ONE CARES” 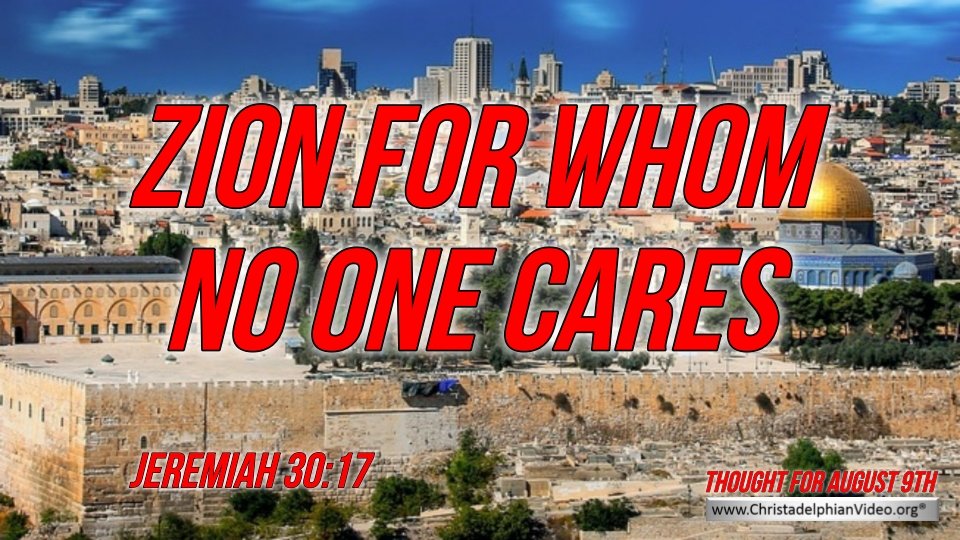 Zion is another name for Jerusalem and 100 years ago Jerusalem was a neglected city; it had been part of the aging Turkish empire for the past several centuries, only those who saw significance in Bible prophecies about this ancient city were interested in its’ welfare.  Of course, some of the scattered Jews were also interested.

It was truly, “Zion for whom no one cares” as we read today in Jeremiah 30. It is a mixture of a chapter, which is typical of several in Jeremiah.  Verses 12 to 15 describe God’s attitude in the prophet’s own days, “Because your guilt is great and your sins are flagrant.”

But the chapter starts with the Divine declaration, “behold the days are coming when I will restore the fortunes of my people, Israel and Judah” [v.3]  Verse 7 is very intriguing, “Alas! That day is great there is none like it; it is a time of distress for Jacob (who was renamed Israel): yet he shall be saved out of it.”   There is nothing in ancient history that this can refer to!  What about 1947/48 and 1967?  Possibly, but one cannot be dogmatic for it seems far more likely that it refers to the final climax with the return of Christ and the resurrection when God’s nation, as we read in v.9, “shall serve the LORD their God and David their king whom I will raise up for them.”

BUT, before this is a time when the world will experience “… the storm of the LORD!  Wrath has gone forth. A whirling tempest; it will burst upon the head of the wicked.  The fierce anger of the LORD will not turn back until he has executed and accomplished the intentions of his mind.  In the latter days you will understand this. “ [v.23,24]

Those who really have a relationship with God and his Son can ‘feel’ his growing abhorrence at the fleshly godless behavior that has engulfed the world today and is getting worse each year: they will recall the words in Zephaniah’s prophecy. “Seek the LORD, all you humble … who do his just commands, seek righteousness; seek humility; perhaps you may be hidden in the day of the LORD’S anger” [2 v.3]

God will care for Zion – and for all those who truly believe in him and show this by how they live.  We will soon read Jesus’ words in Mark that God “will send out the angels and gather his elect … from the ends of the earth …“ as Christ is returning. ”with great power and glory” [13 v.26, 27] 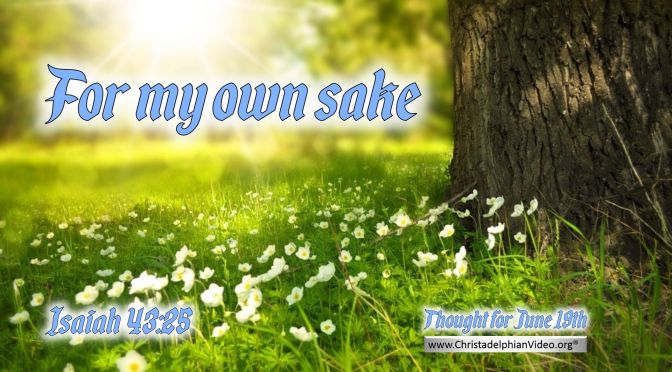 Daily Readings & Thought for June 19th. “FOR MY OWN SAKE” 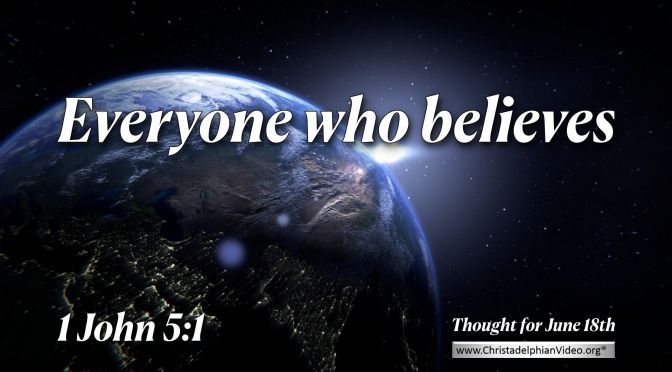 Daily Readings & Thought for June 18th. “EVERYONE WHO BELIEVES …” 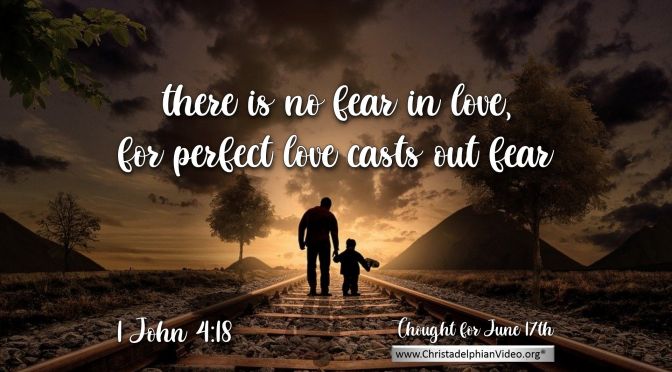 Daily Readings & Thought for June 17th. “THERE IS NO FEAR IN LOVE” 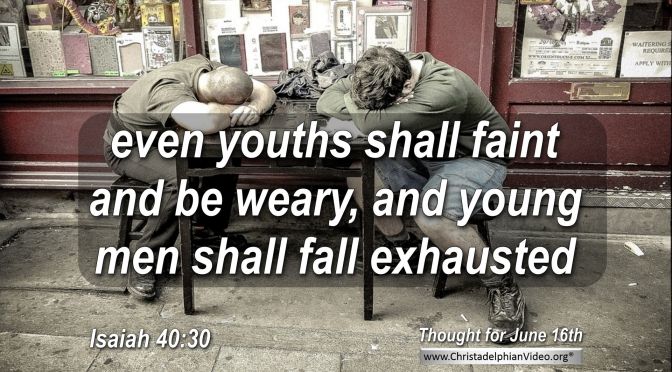 Daily Readings & Thought for June 16th. “EVEN YOUTHS SHALL FAINT” 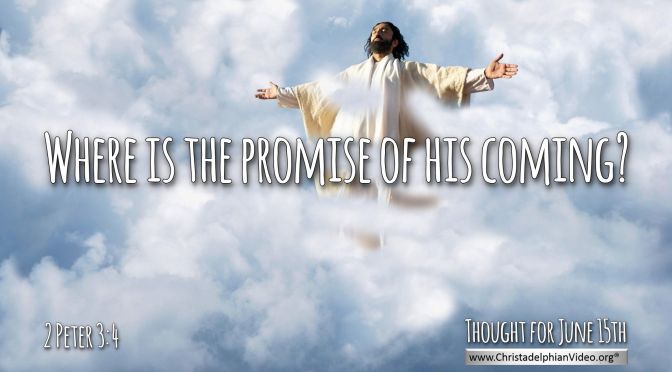 Daily Readings & Thought for June 15th. “WHERE IS THE PROMISE …?” 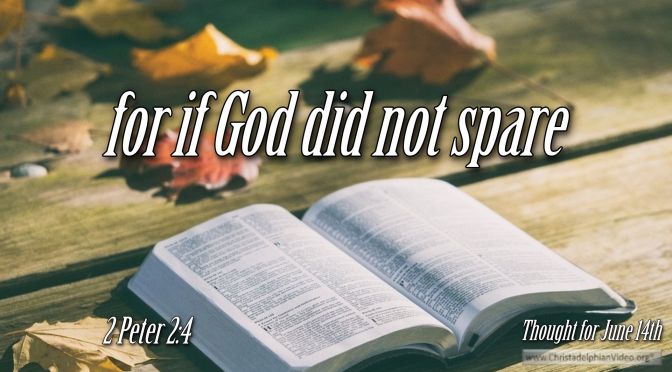 Daily Readings & Thought for June 14th. “FOR IF GOD DID NOT SPARE …”