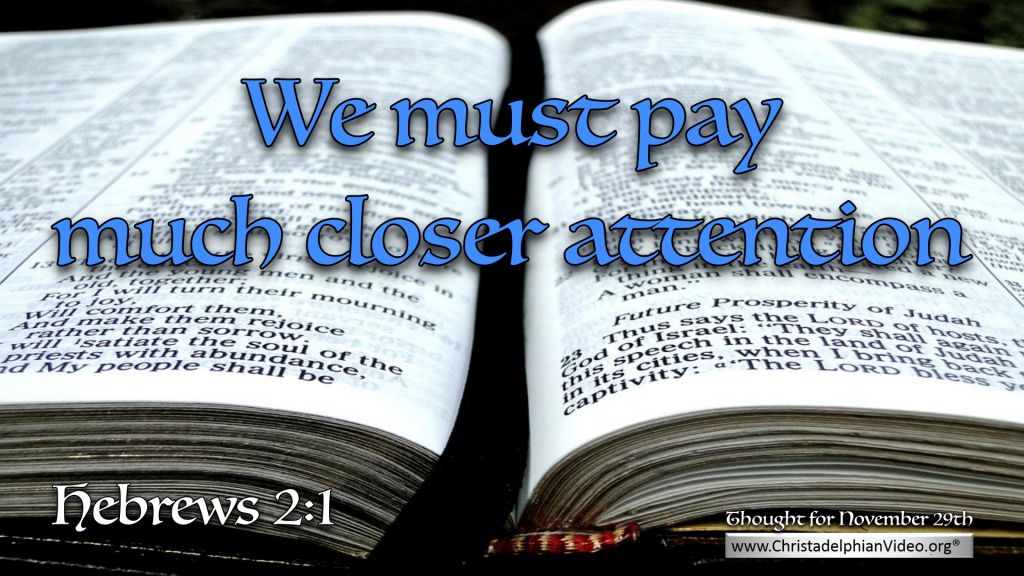 Today we started to read Hebrews, it is one of the most interesting and informative books in the Bible for it describes in detail the integrated pathways by which our eternal salvation became possible and the pathways we must follow in accepting that salvation.

We must beware of taking a phrase in isolation, some have misunderstood God’s word through doing this.  This is often because they have decided what they want to believe and have their eyes focussed on finding proof. There are a few places in Hebrews where the Greek prepositions Paul uses are ambiguous: however, how they are to be understood becomes clear once we perceive the flow of Paul’s reasoning.

We read [v.2] that “in these last days he (God) has spoken to us by his Son, whom he appointed the heir of all things”  That is clear, there is a sense in which God has made Jesus his “heir.”  But then it says, as translated in the ESV “by whom he made the worlds.”

It cannot mean Jesus is the Creator, this does not make sense. The little, but significant, Gk preposition ‘dia’ – translated as ‘by’ in this verse, is translated as “for” in v.14, the role of the angels is “to serve for the sake of those who are to inherit salvation”  We see how they did in the life of Paul [Acts 27 v.23] and Peter  [12 v.7]  So if we read  v. 2 as “for whom he (God) made the worlds” – Paul’s point becomes clear: the translators seem to be influenced, where the Greek meaning is variable, by the later Catholic doctrine of the Trinity of which the N T writers knew nothing.

The point in v.4 is clear. Paul writes, that Jesus “having become as much superior to angels as the name he has inherited is more excellent than theirs”, that is, the angels. The word “name” has the sense of “reputation” here.

In v.5 Paul uses 2 O.T. quotations, that predicted that Jesus would be “begotten” – an event which had now happened; the “today” had arrived. Altogether Paul weaves 11 quotations from the Psalms and Isaiah into today’s 2 chapters.  Ch. 2 starts, “Therefore we must pay much closer attention to what we have heard, lest we drift away from it.  For since the message declared by angels proved to be reliable, and every transgression or disobedience received a just retribution,  how shall we escape if we neglect such a great salvation?”

This “great salvation” alone gives real purpose to our lives. Without it we are in no better position, long term, than any of the animals.  God’s word is a means to an end!  It is food for our minds, and needs careful digestion.  Jesus overcame, the gospels show how he did this.  And us?  Look at how ch. 2 ends, “he is able to help those who are being tempted” – let us come ever closer to Jesus, the only one who sets the example in overcoming; our daily feeding on God’s word lays the only foundation for receiving and making use of this help. 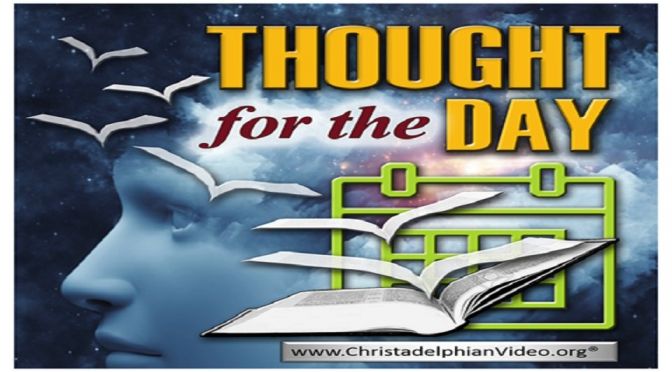 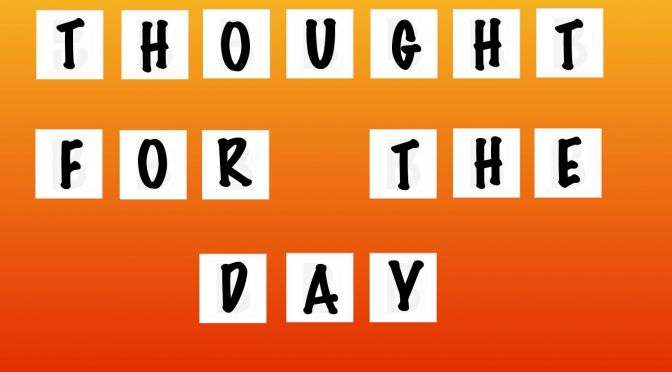 “BUT JEHU WAS NOT CAREFUL TO …” Thoughts from today’s Bible readings – Sept. 5th

“WE DO NOT LOSE HEART, THOUGH …” Thoughts from today’s Bible readings – Sept. 4th