The Growth of Protestant Power: Orangemen on the March!!Video Post Bible in the News

0
11 July 2017
For more audio like this and to visit the back catalogue visit http://www.bibleinthenews.com/Podcasts

Orangemen on the March
The Growth of Protestant Power

Print
July 1, 2017 – Audio, 9.45 MIN
(Links at bottom of page to download free viewers.)
Protestants have been in the news quite a bit recently, especially those of the D.U.P. (Democratic Unionist Party) from Northern Ireland, otherwise known as Orangemen because of the historic connection with William III of the House of Orange, Stadholder in Holland. The Protestant D.U.P. have now concluded a deal with the Conservative Government of Theresa May which will give them a powerful political position in the U.K. 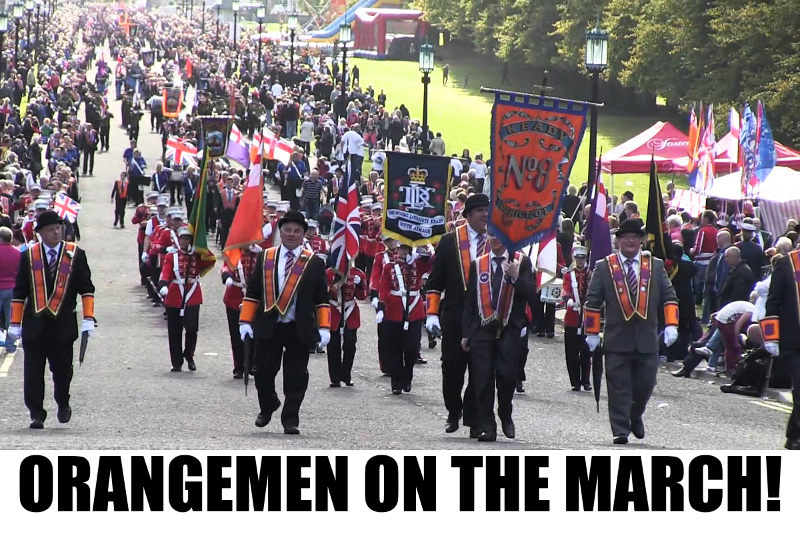 The background to this Protestant situation goes back to the time when Charles II of England plotted with Louis XIV of France to invade the Netherlands in order to destroy Calvinism (as Protestantism was then known) in all of Europe. King James was unpopular in England and was trying to restore Roman Catholicism in the country, but there was a Coup d’ Etat and he was deposed. William of Orange was invited to become King and so sailed for England carrying the English flag with the legend “For the Protestant Religion and Liberties of England” (I will maintain). After landing successfully and without opposition, indeed, after being jubilantly welcomed by the British, William marched on London and forced James to flee to France. The throne was declared vacant by abdication, and William was pronounced King of all Britain. The date was February of 1689. In April the throne of Scotland was offered him and opposition to William was quelled.

Although Protestantism in Scotland is rarely heard of today, Orangmen have made their mark there also. When I was living in Scotland this was visible with grafiti on walls in Edinburgh reading, “No Popery Here.” In 1968 we saw a march taking place which was reported as “10,000 Orangemen March to 90 Bands.” The report in the “Evening News” read: “A blaze of colour halted Edinburgh in its tracks today – it was the march of 10,000 Orangemen to a background of booming drums, bagpipes and flutes.” The walk “stretched roughly four miles and took 75 minutes to pass any one point along the route.” One wonders whether this Protestantism in Scotland could ever be revived?

James II determined to maintain the Stuarts on the throne and landed in Ireland with the promise of French help. Soon he launched attacks against key cities in Ulster with the purpose of making Ireland a launching pad to recover England and Scotland.

As the danger grew and after Londonderry and Enniskillen were successfully defended, William took his troops across the Irish Sea and landed at Carrickfergus, where to this day is a stone marking the place where he first set foot on Irish soil. James was soundly defeated at the great battle of the Boyne on July 1, 1690 and Ireland was subdued. This day is still celebrated by Ulster’s Protestants with parades and speeches recalling God’s deliverance of Ireland from Roman Catholicism.

It all seems a long time ago, but in some ways the battle between the Orangemen and the Roman Cathloics continues with efforts being made to make Protestant Britain part of Catholic Europe. As may be seen in the July issue of the Bible Magazine (pages 22 onward) the struggle is still intense and although the battle today is largely political, the threat of violence is never far away.

The present struggle is being fought through demographics. The Irish Catholics will soon outnumber Protestants in Northern Ireland if current trends continue. It is the same strategy as we see in Israel, with the Palestinians trying to increase their number through the birthrate—but in Northern Ireland the numbers of Catholics are being increased through immigration from Europe, and especially from Catholic countries like Poland. In this case it could well be the Protestant Orangemen who become militant. We see their political strength at present in standing firm over their demands in the deal with Theresa May’s Conservatives. The Protestants of Northern Ireland are no pushover!

Bible prophecy informs us that the Roman Catholic Church and its papacy will be no pushover either. At the time of the end she is seen as saying “in her heart, I sit a queen, and am no widow, and shall see no sorrow” (Revelation 18:7). We can expect to see the Roman Harlot in a very powerful position at the time of the end. 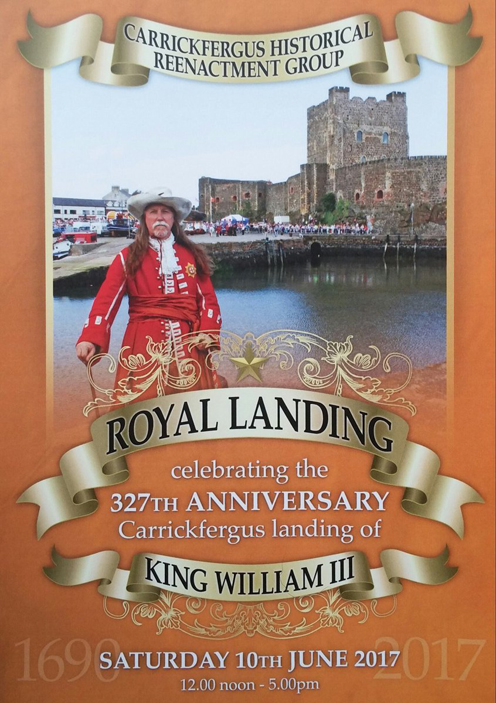 In another prophecy the Great False Church is depicted in different form. In 2 Thessalonians 2:3-4 we read:

“Let no man deceive you by any means: for that day shall not come, except there come a falling away first, and that man of sin be revealed, the son of perdition; Who opposeth and exalteth himself above all that is called God, or that is worshipped; so that he as God sitteth in the temple of God, shewing himself that he is God.”

We are being told that this system is a great deceiver – deception is the means by which she gains and maintains power. The prophecy says:

“Even him, whose coming is after the working of Satan with all power and signs and lying wonders, And with all deceivableness of unrighteousness in them that perish; because they received not the love of the truth, that they might be saved. And for this cause God shall send them strong delusion, that they should believe a lie: That they all might be damned who believed not the truth, but had pleasure in unrighteousness (verses 9-12).

Again in Revelation 18 referred to earlier, we learn that “all nations” are deceived by her sorceries (verse 23). This ought to put us on our guard. When the apostle Paul writes “Let no man deceive you by any means…” he is addressing the ecclesia at Thessalonica (those who know the Truth and who were in the Faith), so it was not only the nations (the world) that were being warned, but also the Believers themselves.

But the great Harlot also had daughters, for she is “the Mother of Harlots and Abominations of the Earth” (Revelation 17:5).

The protest of Ezekiel 16:44 says “As is the mother so is her daughter,” and certainly the character of the Roman Church has been reflected in her daughter Protestant churches. They too have allied themselves with the rulers of this world. So the Protestant State Churches are the Harlots, while the Dissenting Names and Denominations are the Abominations of the Earth. It need not surprise us therefore to learn that the Protestants of Northern Ireland (the Orangemen) who make much of their loyalty to the British crown are just as much murderers as are their Catholic foes. 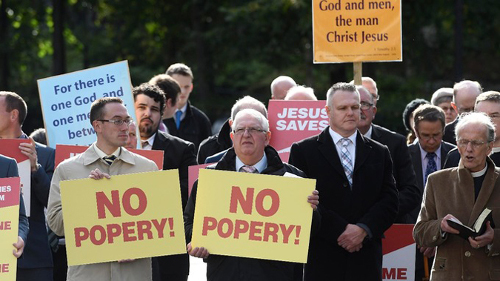 The “Orange” Protestants have been “witnesses” standing

against the Roman god (papacy)

The “Orange” Protestants then are, and have been “witnesses” standing against the Roman god (the papacy), and therefore answer to the witnesses who are “left out” (or excommunicate) from the holy city (Revelation 11:2). They are “Protestants” or Protestors, but not saints. In the purpose of God they have a function to perform and are an influence even in modern day Britain, making a stand against Rome and against forms of immorality such as homosexual behaviour. Their witness against evolution and defence of Creationism, as well as their pro-Israel policy arises from their Biblical roots, but it falls far short of saving Truth. It remains to be seen if, and just how God may use this force in the future development of Britain.

Join us again for another edition of Bible in the News.