Bible Questions and Answers: How do current events in the world relate to the Bible?

We are nearing the end time of Christ’s prophecy

Luke 21:24 And they (the Jews) shall fall by the edge of the sword, and shall be led away captive into all nations: and Jerusalem shall be trodden down of the Gentiles, until the times of the Gentiles be fulfilled.

Israel became a nation in her own land again in 1948. Jerusalem was recaptured from the Arabs in 1967. We are entering the final stage where people will see no viable solution to global problems.

Luke 21:25 And there shall be signs in the sun, and in the moon, and in the stars; and upon the earth distress of nations, with perplexity; the sea and the waves roaring; 26 Men’s hearts failing them for fear, and for looking after those things
which are coming on the earth: for the powers of heaven shall be shaken.

‘Sun’ ‘moon’ and ‘stars’ are often used in scripture figuratively for government, the ‘earth’ for the governed, the ‘sea’ and the ‘waves’ for nations, ‘powers of heaven’ for authority; all indicating a general breakdown of law and order and a
time of trouble. I think it is fair to say that we have not yet reached the point where ‘men’s hearts are failing them for fear’. This does not of course preclude the possibility of physical signs to come. Those who believe the gospel and are baptised
into Christ can look upon the general deterioration as the sign that Christ’s return draws near.

Luke 21:27 And then shall they see the Son of man coming in a cloud with power and great glory. 28 And when these things begin to come to pass, then look up, and lift up your heads; for your redemption draweth nigh.

His second coming will be to redeem those that are his; both the dead and the living. Hebrews 9:28 So Christ was once offered to bear the sins of many; and unto them that look for him shall he appear the second time without sin unto salvation. 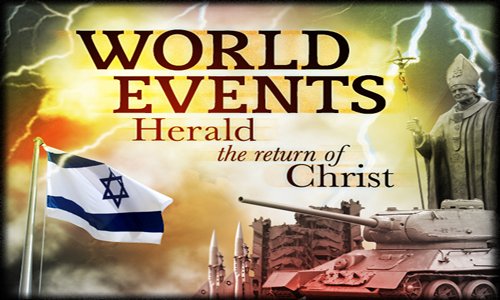 His return will be as real as his departure.

Acts 1:11 Which also said, Ye men of Galilee, why stand ye gazing up into heaven? this same Jesus, which is taken up from you into heaven, shall so come in like manner as ye have seen him go into heaven.

His return will be to establish the kingdom of God upon earth and to govern this world in righteousness.

Acts 17:30… (God) now commandeth all men every where to repent: 31 Because he hath appointed a day, in the which he will judge the world in righteousness by that man whom he hath ordained; whereof he hath given assurance unto all men, in that he hath
raised him from the dead.

Of his kingdom there will be no end. 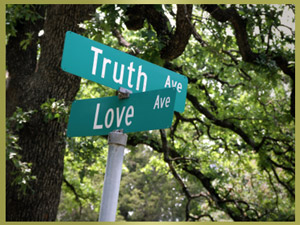 Luke 1:31 And, behold, thou shalt conceive in thy womb, and bring forth a son, and shalt call his name JESUS. 32 He shall be great, and shall be called the Son of the Highest: and the Lord God shall give unto him the throne of his father David: 33 And
he shall reign over the house of Jacob for ever; and of his kingdom there shall be no end.

Isaiah 9:6 For unto us a child is born, unto us a son is given: and the government shall be upon his shoulder: and his name shall be called Wonderful, Counsellor, The mighty God, The everlasting Father, The Prince of Peace. 7 Of the increase of his
government and peace there shall be no end, upon the throne of David, and upon his kingdom, to order it, and to establish it with judgment and with justice from henceforth even for ever. The zeal of the LORD of hosts will perform this.

The first part of the prophecy concerning the Jews and Jerusalem has clearly been fulfilled leaving us little reason to doubt that the rest will be fulfilled in due time.

I hope this helps.