This series of short articles produced by Bro James McCann of the Riverwood ecclesia(au) is a wonderful resource and provide well-reasoned arguments in support of a creation over theistic evolution (Evolutionary creationism).

How can we defend miracles in a scientific age?

It is challenging to define exactly what a miracle is today because of the variety of ways it is used even in our everyday language. When I was a teenager (a few months ago!) my mother would use it all the time. For example; “It will be a miracle if you cleaned your room”. From this description I came to understand that miracles are very rare occurrences, and required an external force acting upon the natural processes (within my room), or above them, to accomplish such a special result.

MIRACLES IN THE PAST

The Bible speaks of and describes many miracles. It is evident that people for centuries believed in and witnessed miracles. There are many historical proofs of the genuineness of miracles:

In both the Old and New Testaments, a “miracle” was a wonderful event, a sign or a token from God. It was a distinguished mark or action that was clearly outside of the realm of any man to do, control or predict. So it became evident that God was at work.

“The Old Testament records a number of miracles, in which God’s creative power becomes evident in shaping events. These miraculous events are not presented as ordinary happenings in the lives of these people. They represent the special activity of God. The Bible depicts God being in control of all history.”[3]

A miracle in the Bible does not necessarily mean that natural laws are abandoned or broken, as God actually sustains all creation (Psa 147v8-18). God can work through natural phenomena as well as by acting outside and above natural laws. The key is that it is God’s activity not man’s, God is the cause. There is an amazing array of miracles performed which demonstrate that “For God nothing is impossible”. These include: 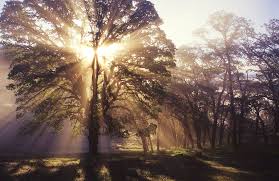 The list is huge! The Bible records over 330 miracles, or which Jesus himself did over 35 of these.

ARE MIRACLES IN THE BIBLE REAL?

Yet are we to take seriously that these miracles actually occurred? Maybe they were just stories that we only need take a moral lesson from, but we don’t have to take literally?

This is obviously not the case:

“Miracle stories are also prominent in the Gospels. As literary devices, they demand to be taken at face value. The authors fully intended the reader to understand that Jesus performed miracles. To read otherwise is to ignore the author’s intent, and is not responsible literary criticism.”[4]

However people today are either sceptical or claim that miracles are “fictional” or “children’s stories” because they cannot be substantiated in the real, scientific world. So how can a person defend miracles in a scientific age?

The answer is found in the question. A miracle is a Divine action, it is supernatural. God can work above and outside or even through natural phenomena, but it is His activity and control that is the first cause. Science today is a methodology of investigating the natural world by natural causes. So there is no contradiction or issue to defend. Science by definition is not able, by its own limitations, to investigate, test or explain anything other than natural causes. This means miracles are outside of science’s area of expertise to confirm or deny.

Science would never be able to test or know if a cyclone bearing down on a village, which suddenly diverted itself away, was caused by God or it would have done that regardless. It is also true that what Science can do today, say in Medicine, would be seen a “miraculous” to ages past. But this still does not change the fact that God’s power could do this in a moment, without such technology.

Miracles don’t need to be explained scientifically. An example often debated is where the “sun stood still” for Israel in Joshua 10. It is often said that if God stopped the earth from rotating, it would have catastrophic global ramifications. Such an argument is ludicrous for two reasons. Firstly it binds God to the very laws He created. Secondly it admits that God has the power to make the earth stop spinning, but not the power to do the entire miracle properly. The fact is it is a miracle! God has the power to control “6.6 sextrillion tons of spinning gravel and water to give Israel victory over her enemies”[5]!

The irony of living in man’s most “enlightened” time is that people are more closed minded to anything outside their immediate sight or reason. Some may argue that this is because people of ages past were more gullible, and ignorant of events that can be now clearly attributed to natural causes. There is an element of truth in this, but unfortunately it also indicates how blind we can be to the simple fact that nature itself with all its causes and systems are themselves miraculous!

It is somewhat understandable why this belief for some scientists has been lost. There are many people and many religions who claim miracles all too often as a proof that God speaks by them. This has made many very sceptical because of the fraudulent nature that has been exposed. Many Evangelical Pastors, who even have television shows, provide ample evidence of deception in their “faith healing” for many to feel justified in rejecting miracles or even a belief in God at all.

The Bible addresses such issues and God Himself warned of many false prophets who would try to cause others to believe in a lie (Dt 18v19-22). There are examples in scripture where God judged very harshly such fraudulent preachers (Jer 28).

True miracles in the Bible are not fake. God always provided clear evidence that could not be ignored, even by people who would have loved any chance to prove them false. The Pharisees in Christ’s time had to admit “a notable miracle is done, we cannot deny it” (Acts 4v16).

Jesus had publically died on the cross. There was no doubt as both Jewish and Roman officials confirmed this. So when Christ was raised, if there was any doubt that a miracle occurred, it would have been seized upon by the majority who wanted in every way to stop this sect.

Here lies the true power of miracles in the Bible. God never uses cheap tricks or stunts to attract attention. Miracles are not isolated events; rather each one is chosen and specific because God had a far more important reason than showing His physical power over nature.

The real power that God wanted everyone to see was the Gospel message. The word of God is “quick and powerful” (Heb 4v12) and can do amazing things. The word of God can change people, and make them ready and fit for eternal life. This is why miracles in the Bible are connected with preaching and often occurred in greater concentrations around periods of God’s revelation to us.

This is why the Bible makes an astounding admission. Even if God was to show a person a miracle, this would NOT ultimately convince them or make them a believer. This is found in a parable Jesus spoke in Luke 16v19-31. Jesus made this parable using the wrong beliefs of the Jews. There were many in those days that believed in the errors we see in the churches today. The Jews were always asking for a sign, a miracle, as proof that God spoke in Jesus. The irony was that Jesus showed them many signs, and this did not convince them!

Jesus’ final summation comes in v31. Even something as miraculous as raising the dead would have no effect on some people. Why not? Because the true power of conversion was to be found in God’s word. If they could not see the clear evidence of God’s love for them from the scripture, and all the marvellous works He had performed throughout their history, then nothing would change them.

The true power to convince people of something is not bound up necessarily in a miracle…it is found already in the word of God. The true power of God is His character which He has openly displayed to men in Jesus Christ (Ex 34v5-8), and miracles were only a way to point people to the real message of God in Jesus Christ (Acts 2v22).

Regardless of how enlightened and bound to reason we may think we have become, we can never change the fact that faith will always play a huge role in everything we think, feel and do. Science can tell us so many great things about our world, but all it does is point to the fact that there must be a God; it cannot tell us anything more about Him or His purpose.

The prophet Isaiah has a powerful message for our times:

“Wherefore the Lord said, Forasmuch as this people draw near me with their mouth, and with their lips do honour me, but have removed their heart far from me, and their fear toward me is taught by the precept of men: Therefore, behold, I will proceed to do a marvellous work among this people, even a marvellous work and a wonder: for the wisdom of their wise men shall perish, and the understanding of their prudent men shall be hid.” (Isa 29v13-14)

God will do a marvellous work and wonder. May our heart and respect for God not become affected by the precepts of men, because the wisdom of this world will perish. Let us not perish with it, rather live in the light of God’s amazing power to do all things.

The great hope that God has promised us is that He will share Eternal life with those who love Him. This has been sealed with the greatest miracle, the resurrection of Jesus (Acts 17v31).

“Who shall change our vile body, that it may be fashioned like unto his glorious body, according to the working whereby he is able even to subdue all things unto himself.” (Phil 3v21)

[2] Fragments from the Lost Writings of Irenaeus. Paragraph 2

or see another proof of creation series here…