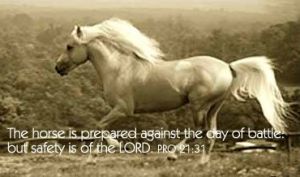 Science and the Creator 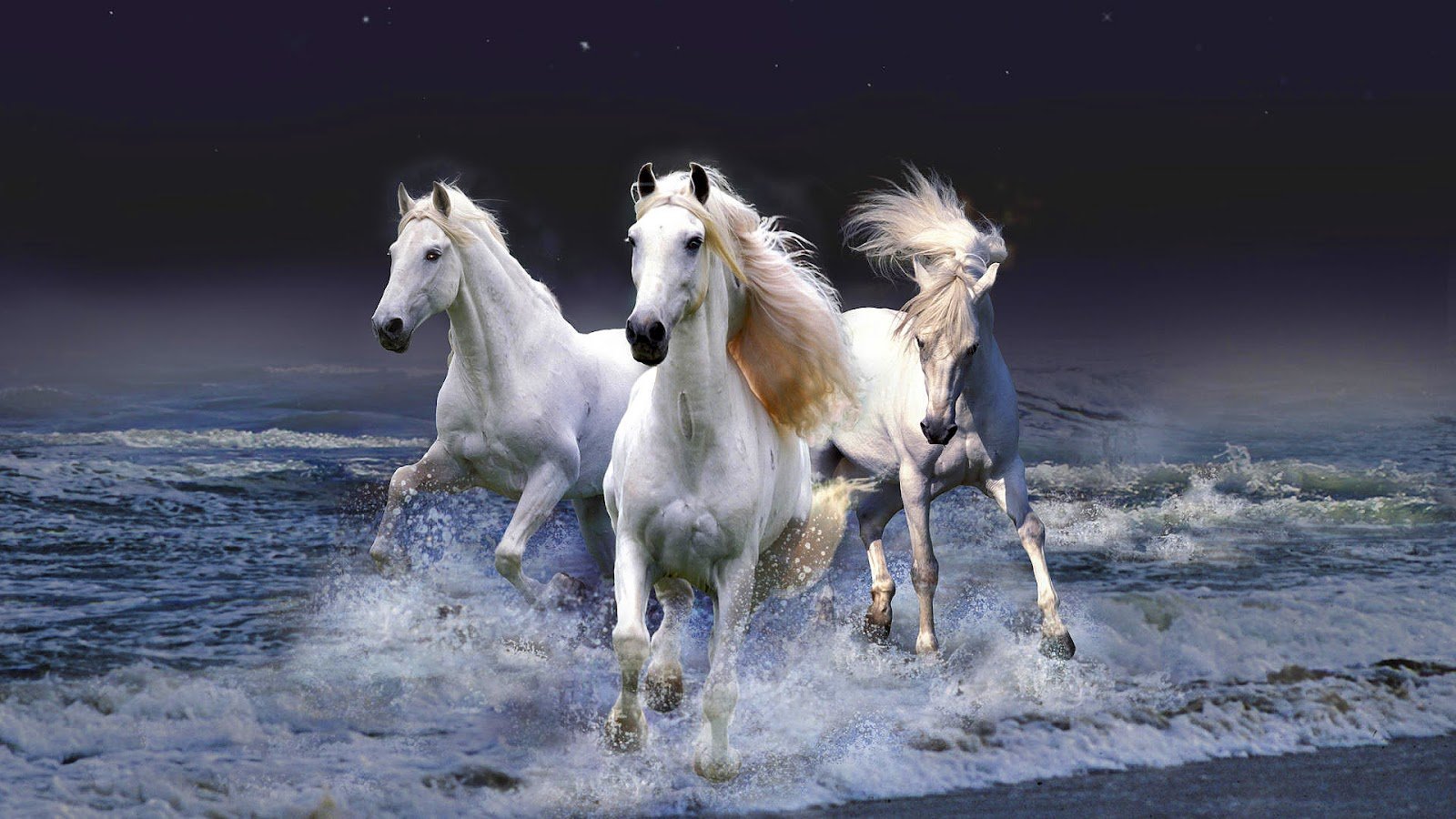 The horse is prepared against the day of battle: David Burges 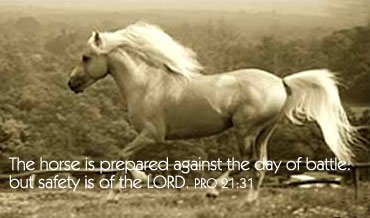 THROUGHOUT SCRIPTURE the horse is associated with warfare and military strength. In Bible times the donkey and mule were the normal beasts of burden, but the horse, with its greater speed and strength, was recognised as the mount of the warrior: The horse is prepared against the day of battle: but safety [NKJV, deliverance] is of the LORD (Prov. 21:31). In truth, as that proverb reminds us, it is only with the blessing of the Almighty that man can gain the victory, for A horse is a vain thing for safety: neither shall he deliver any by his great strength (Ps. 33:17); and Some trust in chariots, and some in horses: but we will remember the name of the LORD our God (20:7).

No doubt it was for this reason that the kings of Israel were commanded not to multiply horses to themselves (Deut. 17:16), so that they would place their trust wholly in the God of Israel in times of conflict.

Hast thou given the horse strength?
Nevertheless, the qualities of the horse, which until modern times made it the chief means of mobility in war, are clearly attributed in Scripture to the handiwork of the Creator. In a superb passage, God challenges Job with the example of the horse as one of His mighty works:

Hast thou given the horse strength? hast thou clothed his neck with thunder? . . . the glory of his nostrils is terrible. He paweth in the valley, and rejoiceth in his strength: he goeth on to meet the armed men. He mock-eth at fear, and is not affrighted; neither turneth he back from the sword . . . He swalloweth the ground with fierceness and rage&rdquo; (Job 39:19-24).

It is notable that this passage draws attention to the nostrils of the horse. It has been known since the middle of the eighteenth century that horses have an unusual anatomical arrangement at the base of their skulls, consisting of a pair of air-filled pouches, of up to half-a-litre capacity, connected to their respiratory system.

Many theories have been put forward to explain their function, but new research by scientists at the University of Saskatchewan in Canada has shown that their purpose is to cool the blood entering the brain of the animal when galloping at full speed.1 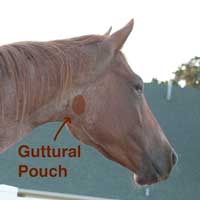 The heads of athletic animals such as horses must be kept cooler than 40°C during vigorous exercise, or permanent brain damage can occur. Until now it was not known how this was achieved in horses, which apparently lack the temperature control mechanisms found in other animals. It has now been shown that the internal carotid arteries, carrying blood to the brain, pass through these pouches, where they are cooled by air from the respiratory system. 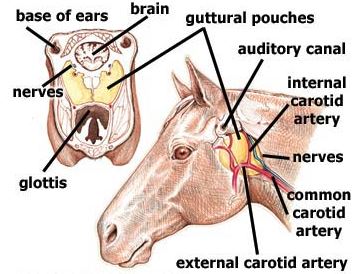 Design or chance?
It is evident to Bible-believers that such a feature in an animals anatomy is a part of its design for purpose. Without its pouches the horse would be quite unable to fulfil the role intended for it by the Creator, as revealed to Job. In contrast, the evolutionist supposes that the feature arose in small stages, by chance, and offered a selective advantage to those horses with it. However, one is forced to wonder how horses could have survived without them, since any prolonged gallop would have left them with a severe headache or worse! At the same time, there is a cost to having the pouches, since they are prone to bacterial and fungal infections, so there could have been a contrary evolutionary pressure for horses to avoid them, and stick to trotting!

It is of interest that similar pouches are found in related animals, such as donkeys and zebras, but also in quite unrelated species, including tapirs, some six species of bat, and a South Ameri-can forest mouse. No research has been reported into the functions of these pouches, and so presumably it is not known if they fulfil the same function as in horses.

Darwinists refer to this phenomenon as convergent evolution by which they mean the development of superficially similar structures in unrelated organisms.2

This term is simply a smokescreen to conceal the extremely unlikely coincidence of the same chance re-development occurring many times in different species.

The white horse
How much more satisfying it is to appreciate and rejoice in the Creators handiwork! The myriad features of the living world testify to the way in which God has designed each living or-ganism to be fit for its purpose in His creation.

Sadly, evolutionists grope in vain for plausible explanations of the origins of such complex features, in order to avoid giving honour to the One Who has made all things.
God has selected the horse to symbolise the glory and power of His Son when he returns to conquer his enemies and establish righteous gov-ernment over all the earth:

And I saw heaven opened, and behold a white horse, and he that sat upon him was called Faithful and True, and in righteousness, he doth judge and make war . . . and his name is called The Word of God. And the armies which were in heaven followed him upon white horses, clothed in fine linen, white and clean&rdquo; (Rev. 19:11-14).

We surely pray for that day to come soon, and that, in Gods grace, we may be among that mighty army of Jesus, the Son of God, mounted upon white horses.