The Rise and fall of King Solomon – 3 Videos 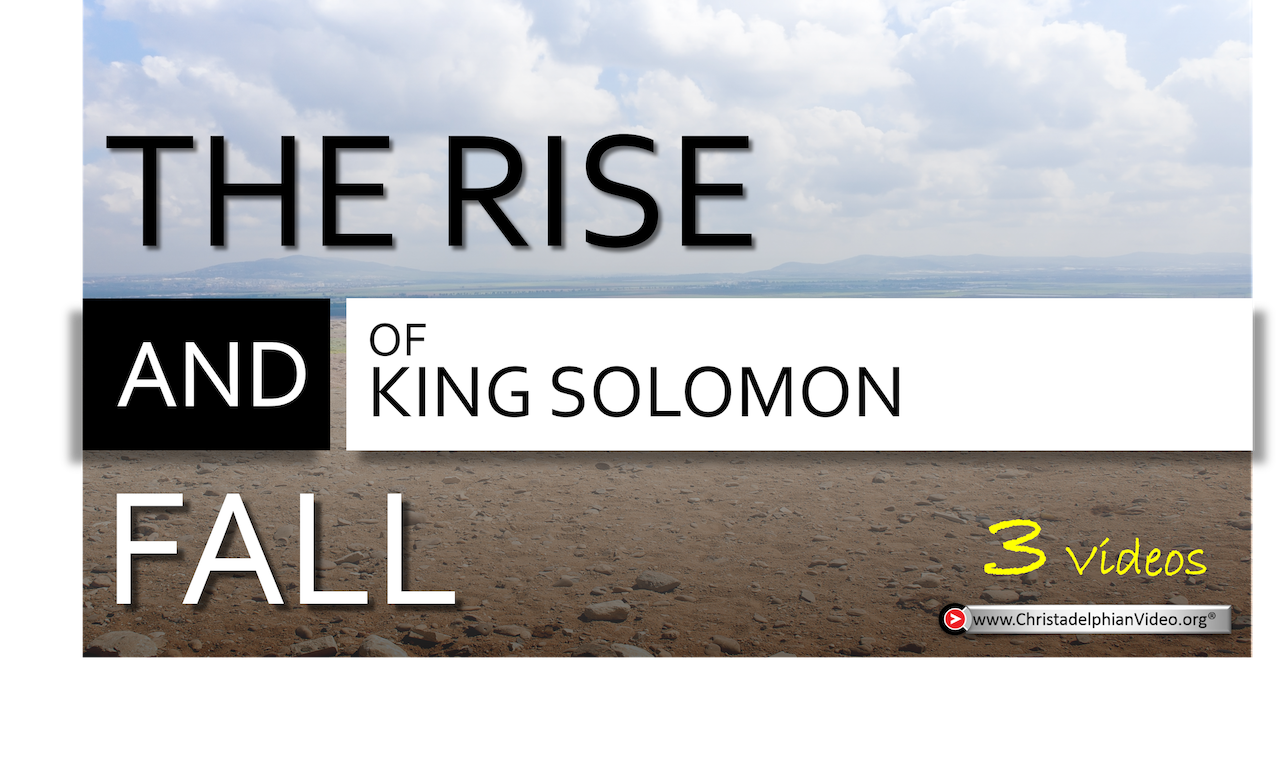 #1: Description: This, the first study of Solomon, explains his family background. Born after the sin of David and his mother Bathsheba, he grows up in a difficult family. Solomon’s good characteristics are explained. Grandson of Ahithophel and son of David’s mighty man Eliam, he is a great man. David seems to delay announcing him king.

#2:David, old and weak, encouraged by Bathsheba and Nathan, hurriedly arranges for Solomon to be anointed as king during Adonijah’s revolt, thus confirming God’s promise to him. Then commences the co-regency, when a re-energised David charges Solomon to build the House of God, entrusting the next generation with the responsibility to complete the work begun.

#3:The young Solomon exhibited wisdom and judgement in carrying out his father’s instructions concerning Joab and Shimei. They were killed at his command along with his elder brother Adonijah. Abiathar the priest was banished, but mercy and kindness was shown to the household of Barzillai. Thus ‘the kingdom was established in the hand of Solomon’ and his reign of peace begun.