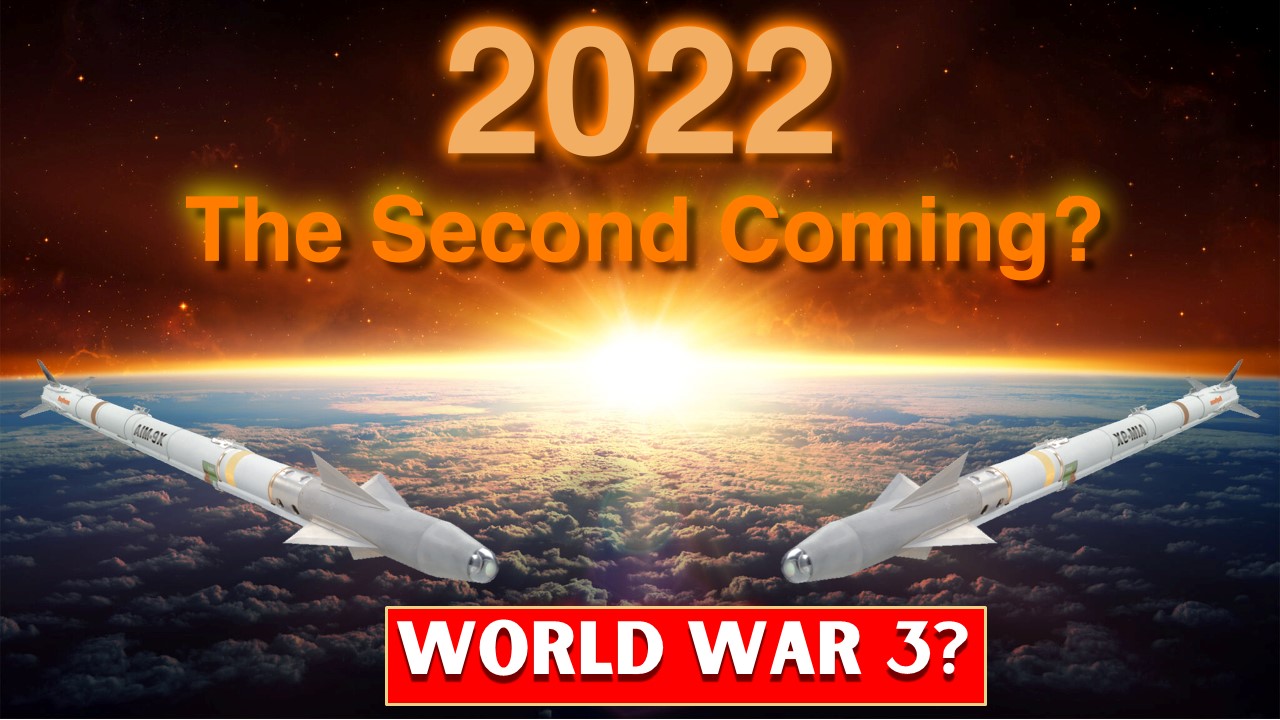 As we head into 2022, we don’t need a prophet to tell us that we might have some more COVID-19 to deal with.  What we hope, however, is that it is a fulfillment of Habakkuk 3, and is the pestilence that comes before our king, Messiah.

Habakkuk 3:3-5 “3 God came from Teman, and the Holy One from mount Paran. Selah. His glory covered the heavens, and the earth was full of his praise. 4 And his brightness was as the light; he had horns coming out of his hand: and there was the hiding of his power. 5 Before him went the pestilence, and burning coals went forth at his feet.”

In the recent past, we have seen the growth of government corruption in many countries, or at least it comes to light.  We have seen the growth of authoritarianism especially in places like Russia and China, but we have been losing freedoms in the West as well.  There have also been some major threats of war.  A World War III scenario could be sparked by China, Russia, Iran, or some combination of those.  This is the kind of thing that is to happen in the time of the end, however.

Daniel 11:40 is one of the places that explicitly speaks of the time of the end and what these words may mean is truly scary.  Many years ago Brother Carter wrote in The Christadelphian that he read the beginning of that verse as a conflict between the king of the north and the king of the south and that the grammar of the verse requires such a reading.  The verse is as follows:

Daniel 11:40 “40 And at the time of the end shall the king of the south push at him: and the king of the north shall come against him like a whirlwind, with chariots, and with horsemen, and with many ships; and he shall enter into the countries, and shall overflow and pass over.”

A straightforward reading of the verse in context indeed seems to spell out a prolonged conflict between the king of the north, which in the latter-day it seems fair to equate with Gog and Catholic Europe, and the dominant southern power, as is described in Ezekiel 38:

Ezekiel 38:13 “13 Sheba, and Dedan, and the merchants of Tarshish, with all the young lions thereof, shall say unto thee, Art thou come to take a spoil? hast thou gathered thy company to take a prey? to carry away silver and gold, to take away cattle and goods, to take a great spoil?”

As Dave Billington pointed out in The Bible in the News a few weeks ago, these powers seem unwilling or unable to do anything.  Compared with Daniel 11, it definitely gives weight to the unable option.  One does not imagine that in today’s world any country, or group of them, would be able to march around the world in such a way unopposed as he “…entered into the countries, overflowed and passed over…”.

The American Standard Version of Daniel 11:40 reflects the Hebrew better than the King James Version.  It says “And at the time of the end shall the king of the south contend with him…”  The Hebrew uses the language of animals butting or goring each other as they dual with each other.  This has been the relationship that the powers that we would associate with the opposing power of Ezekiel 38 have had with those of the north for many years and is becoming more so.  World Wars I and II and the Cold War are examples of this.

The second half of verse 40 is where is becomes scary for those living in today’s world.  Will the King of the North come against the Tarshish her lions and associates south of Israel in this way?  Russia today is in a position where it has surpassed the US in important strategic ways.  China is in the same position.  It seems like the days of the US calling all the shots is over, bringing judgment on a wicked and corrupt world.  There is advice in the Bible to flee from Babylon: Isaiah 48:20, Jeremiah 50:8, Jeremiah 51:6, Jeremiah 51:45, Revelation 18:4, and Zechariah 2:6, 7.  From Revelation and Zechariah we can see this is not so much a warning to flee from the area of ancient Babylon, but rather Catholic Europe:

Zechariah 2:6, 7 “6 Ho, ho, come forth, and flee from the land of the north, saith the LORD: for I have spread you abroad as the four winds of the heaven, saith the LORD. 7 Deliver thyself, O Zion, that dwellest with the daughter of Babylon.”

Today we can look back at World War II and see the mercy of God in providing such a warning so that any with ears to hear can flee from the despotisms that have and we believe will again grip this world.

As believers, we wonder at what stage we will be taken out from it.  For Noah and Lot, it was the self same day.

We pray we will be saved in like manner and not have to suffer through the great judgments that will come.  For us, as we see these things come to pass it means that our redemption draws near.  God’s judgments will come on this earth and the righteous will no longer be called wicked or the light darkness.

Revelation 11:16-18 “16 And the four and twenty elders, which sat before God on their seats, fell upon their faces, and worshipped God, 17 Saying, We give thee thanks, O Lord God Almighty, which art, and wast, and art to come; because thou hast taken to thee thy great power, and hast reigned. 18 And the nations were angry, and thy wrath is come, and the time of the dead, that they should be judged, and that thou shouldest give reward unto thy servants the prophets, and to the saints, and them that fear thy name, small and great; and shouldest destroy them which destroy the earth.”

In the new year, let’s look to the Hope of Israel as our hope for the future. The just one will soon come to sit on the throne of David and bring to justice the despots with all their corruption and sin.  May that day come quickly Amen.