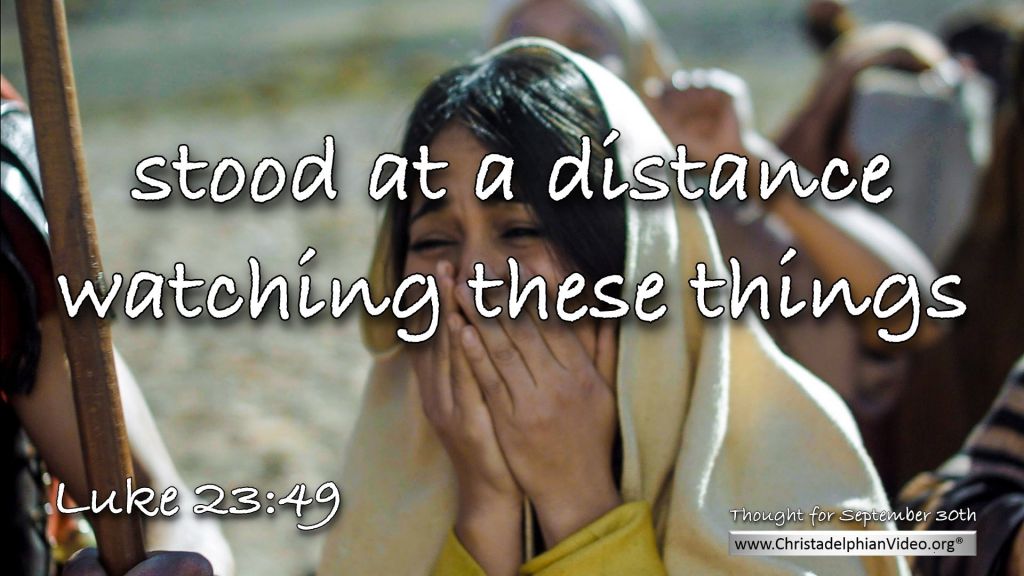 Pilate was the most powerful man in Israel in the days of Jesus.    But he was strangely helpless in carrying out his own desire to let Jesus go free, although he said, as we read today, “I find no guilt in this man” (Luke 23 v.4) and “nothing deserving of death has been done by him” (v.15), and twice said, “I will release him” (v.16 and v.22). It is strange how Pilate gives in.  When we compare the different gospel records we get a clearer picture, one issue being that Jesus admitted to being a  king – and the Jewish leaders declared, “We have no king but Caesar.”  Pilate queried Jesus about the allegations of his claim to kingship, but said Jesus, “My kingdom is not of this world (or age)”   So Pilate, the most powerful man in Jerusalem became indifferent to justice and let Jesus be crucified; the biased and prejudiced jealous Jewish leaders got their way

It has always been a challenge to hold firm to what is really true! Most of the Apostles, we gather, in the end met untimely deaths. Peter and Paul certainly did.   Let us try to imagine living Centuries ago, especially around 450-500 years ago in England, when ‘christian’ put ‘christian’ to horrible deaths, the situation changing depending which king or queen was on the throne.

There is some parallel today in what happened.  Like the voices of the prejudiced religious leaders of that age, so today we have the insistent voices (and writings) of the atheistic and agnostic intellectuals – and they are getting louder!  Even some Bible believers seem to be influenced towards accepting human theories of how ‘creation’ happened: remember how God challenged Job!  Read ch 38 v.1-4.  We live in an age when intellectuals believe they can know everything there is to know! Today the great majority of people accept that evolution is true and there is no God. For years the Catholics have claimed  to believe in both God and evolution: they are no better that the Jewish leaders in the time of Jesus who blindfolded their minds to the heavenly power of Jesus.

We have all the evidence we need to be sure that Jesus is king, that he did rise from the dead!   The return of Jesus will astonish our godless world   Those who do not believe and are not ready for his coming, being convinced there is no God, will be overwhelmed and many will perish.  Recall what we read in Jeremiah 25 v.32-33.

How certain are we of what we say we believe?  We read that, at his crucifixion,  “all his acquaintances and the women who had followed him … stood at a distance watching these things” [v,49] Only John and his mother and 2 faithful women stood by the cross [John 19 v.19 v.25,26] Are we standing at a distance?  How ready are we for his coming?  Is there a good supply of oil in our lamps?