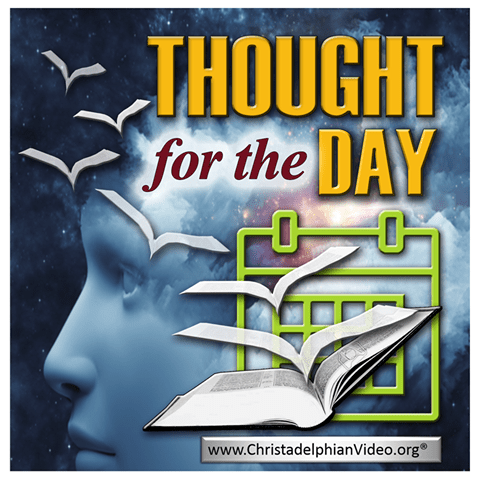 James told his readers “If you really fulfil the royal law according to the Scripture, ‘You shall love your neighbour as yourself,’ you are doing well.” (James 2:8). Reading between the lines in the context it seems that those James wrote to thought they were keeping the second greatest commandment under the law. It probably looked like they were doing loving things for other people in the ecclesia, sacrificing their time for others and so on. However, the problem James’ highlights is that they were choosing who their neighbours were.

It’s easy to love those who are lovable. For James’ readers, they were loving the people in the ecclesia – who were the rich. They were ignoring the orphans and widows. The next thing James says illustrates the point – “But if you show partiality, you are committing sin and are convicted by the law as transgressors.”

Look at what he says next – “For whoever keeps the whole law but fails in one point has become guilty of all of it. For he who said, ‘Do not commit adultery,’ also said, ‘Do not murder.’ If you do not commit adultery but do murder, you have become a transgressor of the law.” (v10-11). It’s pretty obvious that if you keep the commandment not to commit adultery, it doesn’t make up for disobeying the commandment to not murder. The same is true for loving your neighbor – that’s good – but not if you’re showing partiality.

Verse 15 convicts them. As they looked around their ecclesia, they should also have noticed what James says in verse 6 – “But you have dishonoured the poor man. Are not the rich the ones who oppress you, and the ones who drag you into court?” They were partial to the poor and deferred to the great.

It’s easy to pick and choose what commandments and principles suit us. We’re only fooling ourselves when we keep the ones we like and conveniently ignore the ones we find more difficult or downplay their importance. Just like it is easy for us to like certain people in our ecclesias and ignore others. With the Black Lives Matter movement going on a brother wrote about how even though we like to think this doesn’t happen in our Christadelphian community, he felt that our community was actually behind the world in dealing with this issue. He said from his personal experience, minorities or people who were different were often ignored in eccleisas, and as a young person he often wasn’t invited to things by other young people, or if he was, was ignored and felt like he didn’t fit in while there. This is something we as a community need to fix. The challenge for all of us is to notice our flaws and work on them instead of just concentrating on those aspects of our faith that we find comfortable.